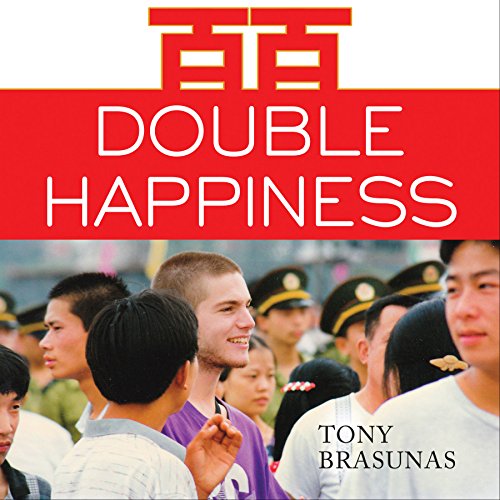 One Man's Tale of Love, Loss, and Wonder on the Long Roads of China
By: Tony Brasunas
Narrated by: Tony Brasunas
Length: 13 hrs and 55 mins
Categories: Bios & Memoirs, Personal Memoirs
4 out of 5 stars 4.0 (7 ratings)

Tony Brasunas's award-winning debut memoir is a fascinating portrait of life in China and a groundbreaking story of coming of age in today's era of globalization.

In a classroom in sultry Guangzhou, having never before left the United States nor taught a class on anything, armed only with a beginner's grasp of the language, Brasunas is confronted by 37 ninth graders in uniform. Only his intrinsic curiosity about Chinese culture and about himself drives him on, to keep trying in the tense classroom, to trust his instincts in the frenetic and dishonest street markets, and to make new friends from all walks of life.

When the school year ends, Brasunas sets off with just a backpack across the vastness of China, along the Silk Road in the north, and to the edge of ancient Tibet in the west. His rugged road brings daunting perils, unexpected romance, and wild twists of fate that transform his understanding of right and wrong, beauty and truth, suffering and happiness.

Double Happiness is a bold and inspiring journey across China and through the soul of a young American.

Impressive poetic flow and details. A virtual reverie of internal-external vignettes and process, that gently brings into a considerate focus and juxtaposition most important universal (though often culturally accessorized and subculturally specific) existential issues. Mindful individualism, with an objective enough sense of Global responsibility.

A World Worth Venturing Through

Tony, a remarkably astute yet wide-eyed young American surrenders himself to the whims of a unpredictable journey through a foreign world.

Brasunas' rich, vibrant storytelling lingers in the imaginarium of the mind.

An outstanding performance by author.

Great story: it sounds authentic and touching at times.

However, I'm afraid the skill of narrating is not quite Tony's expertise, based on this performance. It is rather flat most of the time... It keeps me going purely because of the story. I would have to read the book when I have more time.

As a Chinese, I really don't want to sound critical about the narrator's pronunciation of Chinese, but it has been misleading from time to time. It certainly would have benefited the listeners (Chinese obviously) if Tony had got someone to check it before finalising the whole narration...

'Bravo!' to any author who can resist the temptation to narrate the story him/herself if he or she knows him/herself rather well. Just to be clear, I am not a narrator ;)