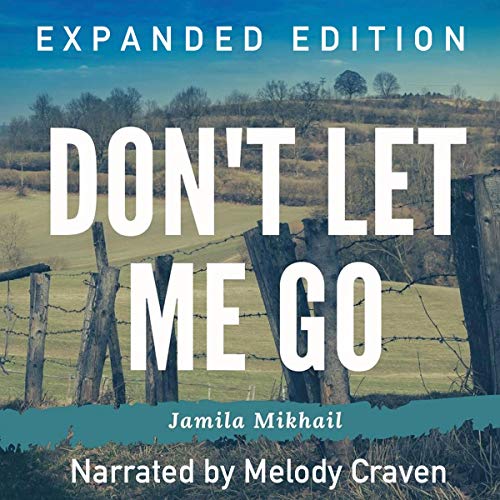 By: Jamila Mikhail
Narrated by: Melody Craven
Try for $0.00

On top of battling the normal teenage angst that everyone goes through, Joanie is also reeling from her parents' bitter divorce and having to cope with her mother's new boyfriend and father's new family. Alone in a new town and without friends, she turns to passing the time by indulging in her longtime hobby of making toy models of soldiers and is both amazed and shocked when one of them comes to life.

Despite her millions of unanswered questions and having to make sense of new mysteries every day, Joanie comes to find a loyal and trustworthy companion in Adler, a lieutenant in the Wehrmacht and a member of the German Resistance during World War II who must also find a way to handle living in modern times on top of being invisible to most of the population.The two of them will have to fight several battles on many fronts in both the physical world and unseen realms as they both try to comprehend Adler's new existence and piece Joanie's broken life back together.

This expanded edition of Don't Let Me Go features bonus material including the short story that originally inspired this novel as well as two interviews with the author.

What listeners say about Don't Let Me Go (Expanded Edition)

This is, by far, one of the most extraordinary, interesting, and exceptionally well-written life stories to which I have ever had the pleasure of listening. The story is spellbinding, and it is full of intrigue, excitement, and history. It delves into the horrible atrocities of nazism during WWII and the detestable evils of domestic violence in the present world - with valuable lessons learned portrayed from both eras. In addition, the narrator’s stellar performance is spot on superb! I was held spellbound with her intonation of the characters’ voices, both male and female, in particular the voice of the German soldier, Adler. The narrator’s highly professional, articulate presentation throughout the audiobook serves to underscore the brilliance of the author’s terrific storyline. I strongly recommend this audiobook for teens as well as for grownups! Well-deserved kudos to the author, Jamila Mikhail and the narrator, Melody Craven!

It´s a hit for me

This book has been fascinating and inspiring to me. The storyline is borderline bizarre in parts and yet so relatable, as it is communicated from the perspective of a young teenage girl experiencing a lot of normal teenage girl "stuff". The narration is excellent and captures the voice of the girl so precisely, and even the radically different voices of her German "keeper", her parents and her peers. Audio books are usually hit or miss for me, depending as much on the voice of the narrator as on the content, and this one is a hit. The plot keeps taking unexpected turns, and although sometimes it drags a bit for me in the deep conversational parts between Joanie and Adler, even the parts that are not "exciting" are still engaging, mostly because of the voices and the innocently sweet relationship that they have the powerful wisdom messages it carries. I think this book would appeal to teen girls as well as to adults and has some great life wisdom.

I had good fortune of being given this audio-book by Jamila Mikhail and found myself pleasantly surprised.
A succulent 'swimming through the murky waters of being a teenager', young Joanie's inner passions conjure up her very own spirit-keeper named Adler, a German soldier whose death leaves him trapped between parallel universes, and while a source for good, there is some bad. Read the book or listen it to find out exactly what.
Crafted well, Joanie's emotions are beautifully told as they resonate off the page by a gifted and sweet-voiced, Melody Craven. I liked the way Adler and Joanie's relationship is so charming and at times biting yet they held each other emotionally strong. They could keep one another up and sometimes pull one another down especially where events were difficult to control, and there are many of those too, where teenage anxiety about school, homelife, and pals, rear their challenging heads.
No doubt family and friends show 'concerns' over Joanie's 'keeper' which are cleverly intertwined in the story (particularly Rose's) and I could envision the audio-telling clearly. The ending's a cracker!
So yes, as someone who enjoys a more hard-hitting-story for my reads, this one left me delightfully embellished, oh, and the extended-version has a bonus, alternative-short, at the end. Good stuff indeed from such a young writer!