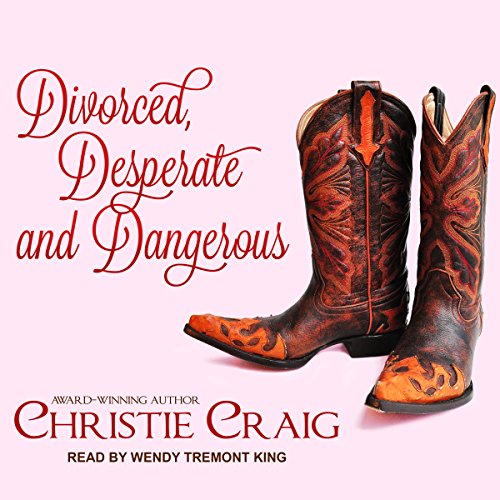 By: Christie Craig
Narrated by: Wendy Tremont King
Try for $0.00

Reese Morris has run away from home. She's left behind her adoring but overbearing grandmother, her broken heart...and most importantly, the no-good Texan jerk who broke it. She told him her secrets. He told her lies. He was nothing more than an undercover cop wanting one thing - it wasn't her - and he was out to bust her brother and his thug boss. How could she let him con her into feeling so damn much?

For two months, Detective Turner Calder hasn't been able to forget the betrayed look in Reese's eyes when she found out he'd deceived her. Now two witnesses from that case have been murdered, and he's traveling halfway across the country to protect her. If that means taking on her 70-year-old grandma who has a black belt in karate, a hired assassin - who scares him less than Granny - and the whole bat-shit crazy town of Hung, Georgia, he's up for the challenge. Because the biggest danger of all would be losing her.

What listeners say about Divorced, Desperate and Dangerous