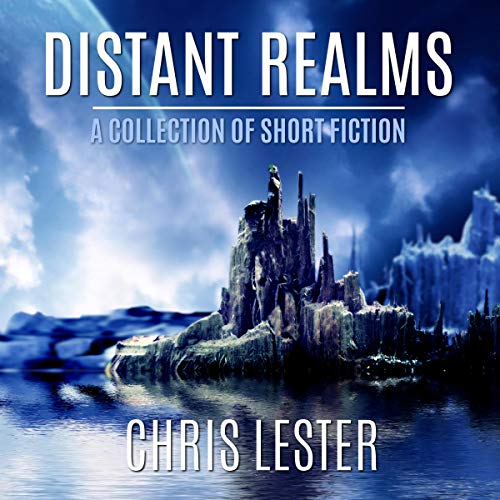 Worlds of Fantasy and Wonder

20,000 light-years from Earth, an anthropologist explores the legends of a forgotten colony.

The night before the world’s end, two old lovers seek reconciliation and healing.

An ordinary man is dragged into a land of swords and sorcery, where he is gifted with the powers of a god…or a demon.

In the midst of the Cold War, two high-flying heroes wrestle with duty, prejudice, and the hidden truths of their own lives.

Distant Realms collects 13 works of speculative fiction by Chris Lester, creator of the award-winning Metamor City story universe. These stories cross worlds as diverse and broad as imagination itself, from the far future to ancient woods where forbidden gods still hold sway. Here are tales of science fiction, fantasy, and cosmic horror, of heroism and rebellion, of loves lost and found…but above all, tales of humanity and hope.

What listeners say about Distant Realms

And now for something different

There is definitely a good variety of stories in this compilation, if there is one criticism I have it’s that the stories leave you wanting more.

The storytelling is reminiscent of some of Heinlein’s later works, the exploration of consciousness and identity is very thought provoking.

The author/narrator has a pleasing voice and inflection contributes to the stories.

If you enjoyed Chris’ Metamor City stories/podcast or the Drabblecast , you will also love these. There’s a satisfying variety of shorter and longer works. Some are on the verge of horror, some romance, and some ironic twists, but most are happyish endings with well developed and likable characters. Even some of the villains are relatable characters. Some memorable stories here that I have listened to more than once!

In this collection of stories, Chris Lester demonstrates his versatility as an author. The wide range of genres represented here showcases the skill of this talented author. Whether a story is snarky, creepy, or steamy, you know it will also be creative and well-written. I thoroughly enjoyed listening to these stories and know they will get many more listens in the future. I highly recommend this collection. If you are new to the author, this is a great introduction to his talent, as all of the stories are stand-alone. The introduction includes a summary of the inspiration and history of each story, which I found added depth to the experience. All around excellent work!