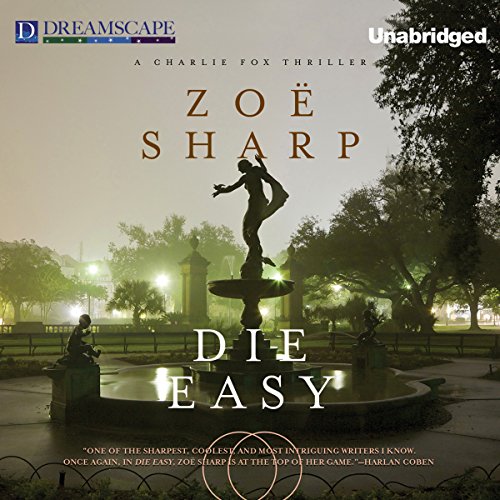 In the sweltering heat of New Orleans, former Special Forces soldier-turned-bodyguard Charlie Fox faces her toughest challenge yet. Her lover, bodyguard Sean Meyer, has woken from a gunshot-induced coma with his memory in tatters. Working with Sean again was never going to be easy for Charlie, but a celebrity fundraising event in aid of still-ravaged areas of New Orleans should have been the ideal opportunity for them both to take things nice and slow. Until, that is, they find themselves thrust into the middle of a war zone.

Somebody has a major score to settle, and Sean is part of the reason. Only trouble is, he doesn't remember why. One thing is for certain, though - Charlie is never going to die easy.

"Sharp delivers another solid entry in a series that consistently delivers a world-weary heroine who can outdo any man who crosses her path." ( Kirkus Reviews)
"Breathlessly compelling and utterly real, Zoe Sharp will keep you turning pages till dawn." ( Jeffrey Deaver)
"Fox is one of the most vivid and engaging heroines ever to swagger onto the pages of a book. Where Charlie goes, thrills follow, and Zoe Sharp keeps them coming hard and fast." (Tess Gerritsen, best-selling author of The Keepsake)

I was looking for something a bit different than a women detective and found this story about a women bodyguard. Charlie Fox was in the British Army and then went into the security business. She was hired by a U.S. firm and works out of New York City. The narrator Justine Eyre does a great job with the British accents. Charlie and her partner Sean Meyer are sent to New Orleans to protect a man attending a Katrina fundraiser. They the action begins, from helicopters to paddle wheel boats on the Mississippi River the suspense and action are continuous. Nice change of pace story and Charlie is a great hero. Audible is has only 2 books in the series I do hope they will carry more. Give the book a try.

Would you consider the audio edition of Die Easy to be better than the print version?

Really can't compare the two, I can just say that the audio version allows one to enjoy the fact that Charlie is not American. Something that gets lost in the print version.

What other book might you compare Die Easy to and why?

Charlie Fox is the female incarnation of Jack Reacher. They are both bad-asses taking no crap from those around them. Doesn't mean they don't get knocked around, however, they rebound and that's what counts. These characters are flawed but it's something they've accepted. Kudos to Zoe Sharp and Lee Child.

Have you listened to any of Justine Eyre’s other performances before? How does this one compare?

Justine Eyre seamlessly switched between each character's accent and emotion. She's one of the best narrators I've heard. Great tone quality as well as believable emotion.

No one moment. There are some great one-liners, a few what the___? where I actually yelled at the characters, and a few sad time moments. All a good book should give you.

This is the 10th Charlie Fox book. Run and get the others! I especially enjoyed some of the UK versions because they have not been Americanized yet. It's a vocab thing for me I suppose, but it allows the character of Charlie Fox to cement as a Brit a bit much more clearly.