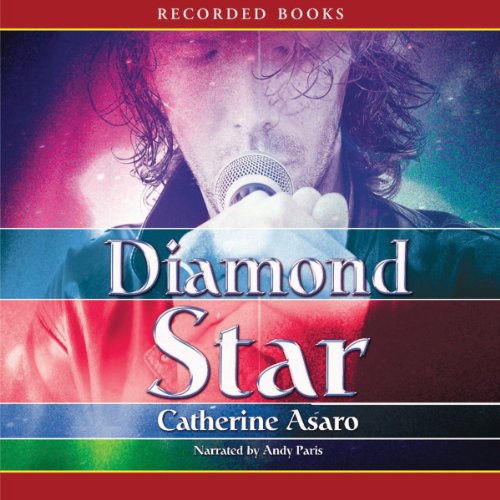 By: Catherine Asaro
Narrated by: Andy Paris
Try for $0.00

"Asaro's Skolian saga is now nearly as long and in many ways as compelling as Dune, if not more so..." ( Publishers Weekly)

What listeners say about Diamond Star

Listen at 1.25 speed and its bearable

Horrible reading, but at 1.25x it is at least listenable... aside from his other deficiencies the long pauses really make the book unlistenable. At least at 1.25 the pauses sound normal. I don't get how the powers that be can who make these audiobooks take great material and botch it like this.... Anna Fields the original reader of the first books in the series was amazing, then flip flopping from one terrible reader to the next is really dissapointing. At least Suzanne Toren, the reader of 2 of the last 3 books is reasonable. JUST STICK WITH HER PLEASE!!!

Please please please change the narrator for this book!! I am begging!!! By Chapter 4 I was ready to give up. Absolutely the worst reading ever - cannot tell when regular text and when dialog as the tone of his voice hardly changes. The pace is simply dismal. He is ruining an otherwise good book and makes it sound boring and confusing. I miss Anna Fields :(

While it's true that this gives a view of what a rock star's life might be like, for those who've enjoyed the Skolian saga, there are many small pieces that come together. I like the narrator, though I am sorry that he had to try to sing; his gift is effective reading.

Good book, but the author trying to sing was silly

Though written out of chronological order. Each book can be listened to independently. The world building is exquisite. The characters are each well defined. The story incredible and believable. The singing, welll.... I recommend the complete series. There is only one glaring issue. The various narrators cannot pronounce the same identical words the same way. Good gods, this is English!!! What, they cannot listen to the other books and give it continuity????? If I was Catherine Asaro, I would fire all the producers and get one talented narrator and redo all of the books. She has made a great deal of money on the books. But I still really like the books!

Not Up to Par

This work was the weakest of Catherine's novels. I suppose the Skolian theme is losing is freshness.

Romance novel in a space opera

I was able to listen to the entire novel, in spite of the reader's obligation to simulate soaring rock and roll without actually trying to sing. I enjoyed the cheeky concept; pouty rock star saves the galaxy.

Would you try another book from Catherine Asaro and/or Andy Paris?

I have read many of CA books, this one I couldn't even finish - what trash!!

Anger - certainly not in the spirit of the other books of the Skolian Empire!

This is Dell - the brother that Sas named her youngest son for! He may redeem himself by the end but I couldn't listen to any more weird music world porn!I want my money back!!!!!!!!!!!

Would you listen to Diamond Star again? Why?

If it was re-mixed w/ the soundtrack by Point Valid, sure. The narrative is quite engaging (I listened to all 21 hrs over 3 days) but the lyrical parts rattled my Bliss node. They're a key part of the story but were hard to grasp w/o rewinding.

What other book might you compare Diamond Star to and why?

None, as Ms. Asaro's style is anything but formulaic. It's a silly question; there may be a comparable plot and/or character somewhere on audible but it's not in my library (1200+). I look forward to one day re-reading the Saga, this time chronologically.

I think he did fine, except for the songs, given the character's extraordinary talent. They should have incorporated samples from the soundtrack (yes, there is a CD) or had Mr. Paris read them like poetry. Usually music in audio books are distracting, dissonant but this novel cries out for it!

Can't say w/o spoilers but, for me, this book touched my emotions more than any I've read in some time. The family dynamic of the royals are not that different than our own, except in the details.

Not your typical SciFi, as has more character, less action. But for fans of the Saga, it explores the Allied's mindset & corporate politics, and the complex relations in the Ruby family.

This was almost too painful to finish. The narrator shouldn't have tried to sing and really didn't have to. There was one part where he just read the lyrics and it was much more dignified. He was a good narrator but can't carry a tune in a bucket. Don't think I didn't catch the shameless plug for Point Valid in there. I am a real fan of the Skolian Universe but this book was slow, predicable...it almost felt like Asaro was distracted or just writing one more to make the rent or something. I was disappointed, you probably got that huh?

Ok but slow to develop

I got tired of the rock star stuff it seemed too long but I imagine she wrote for a younger audience.