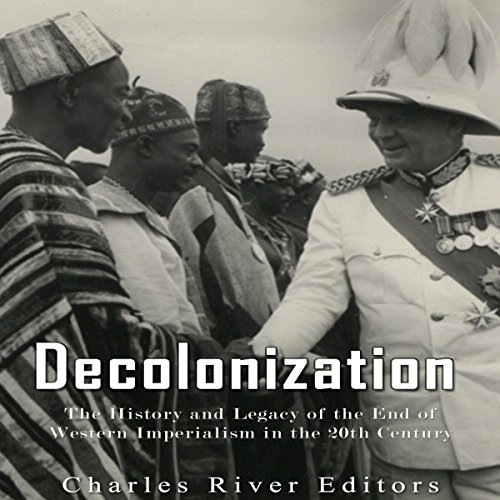 The History and Legacy of the End of Western Imperialism in the 20th Century
By: Charles River Editors
Narrated by: Jim D Johnston
Length: 1 hr and 43 mins
Categories: History, 20th Century
3.5 out of 5 stars 3.5 (2 ratings)

The US Naval Station Argentia, located in Placentia Bay, a sheltered harbor on Newfoundland Island, was the unlikely setting for one of the most pivotal summit meetings of the 20th century. The meeting took place on August 9, 1941. World War II was in its second year, the British had won the Battle of Britain, but were still encircled by German U-boats, and the British fleet was being decimated in the North Atlantic. In North Africa, a contest of armor was underway as Axis and Allied armies fought for control of Egypt, while Britain and her Commonwealth allies stood alone against the mighty German Wehrmacht.

The British desperately needed more US armaments and supplies, but most importantly, for the US to throw its lot in with the Allies and join the war. In January of that year, President Franklin D. Roosevelt was sworn into office for his third term, realizing at last that US isolationism was no longer a practical policy in a rapidly changing world. Roosevelt made no secret of his support for Britain and China, but grounds for bringing the United States into the war would not fully come until December 7, 1941, when the Japanese launched their infamous surprise attack on Pearl Harbor.