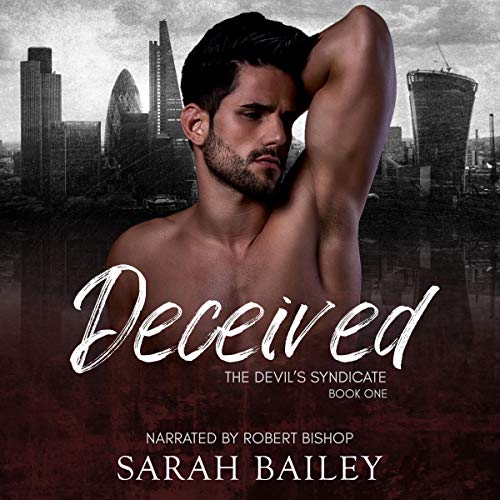 By: Sarah Bailey
Narrated by: Robert Bishop
Free with a 30-day trial

Four of them. One of me. Who will give in first?

It started when they stole me from my life. The daughter of a crime lord who ruled with an iron fist. The heir to a family of blood and ruin.

They left only a whisper of a name in the air. Il Diavolo. A man whose reputation preceded him. Ruthless. Merciless. Cunning.

The one they called the Devil. He was as beautiful as he was terrifying. Except I wasn't scared of him or his three friends. They might want to use me in their quest for revenge, but they picked the wrong girl. Or maybe I was the right one and none of us knew it quite yet.

Our connection is undeniable. Our fates are entwined. But loyalty and lies keep us all locked in a battle of wills and denial.

There’s only one thing I know for certain in this fight between the five of us. Secrets always catch up with you in the end. And my secrets were the worst ones of all.

A dark reverse harem series with cliffhangers and drama in abundance, British characters, high steam and a HEA in the final book.

Get ready to meet Ash and her boys - Quinn, Xavier, Eric, and Rory.

What listeners say about Deceived