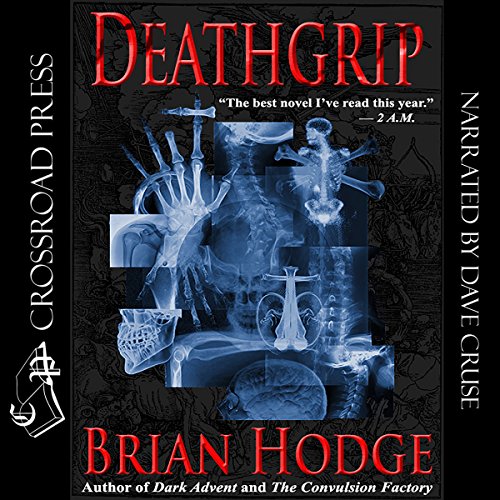 His touch can heal or harm. His fate is solitary. His agony belongs to us all…

He was born on a day of pain: November 22, 1963. He came of age in agony: that moment of tragedy when fun-loving rock-and-roll deejay Paul Handler discovered the inexplicable power in his own hands.

For thousands of years, a secret cabal has guarded the lineage to which Paul is heir — scapegoats who have been forced to bear humanity's anguish upon themselves. Now, while the cabal searches for him, and one man seeks to destroy him, Paul makes a lonely, frightening journey to the core of his identity and to his destiny … to all the pain his soul can bear, to all the redemption he can give, to the freedom that is death.

“A wonderfully complex book which works on many levels; not only is it an entertaining read, it also makes insightful observations about everything from love and self-sacrifice to the living habits of your average bachelor deejay.” — Cemetery Dance

"Enjoyable storytelling with a heart." — After Hours

"A long, thoughtful examination of the corruption of power and the perversion of innocence, enlivened by first-rate characterization." — Science Fiction Chronicle

"I can honestly say, without any reservation, that Deathgrip is the best novel I've read this year … full fruition of the promise shown in his earlier novels." — 2 A.M.

What listeners say about Deathgrip

The power to heal comes with a price

This is the story of Paul, a radio disk jockey that has discovered he has a special power to heal. Also a story of a faith healer who has resorted to parlor tricks to keep the money flowing into his church. Their worlds collide and healing is not all that Paul’s hand do.
A very interesting tale of two opposites as they get woven and intertwined. Quite a thrill ride but I think it was a bit long and it took a bit to get rolling although the characters keep it interesting even when there isn’t any action

Slow start took me awhile to get into the story. Enjoyed listening to the book. Moved a little faster into the middle of the story.