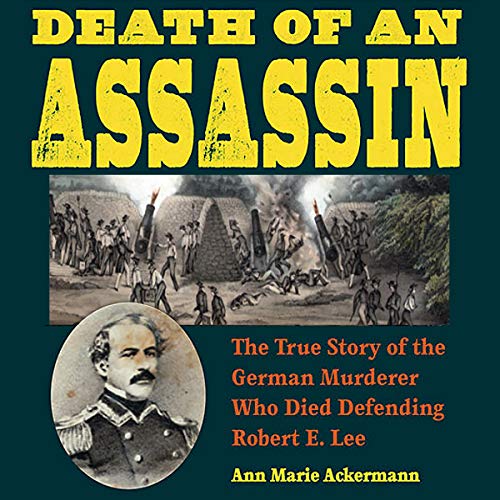 Death of an Assassin

From the depths of German and American archives comes a story one soldier never wanted told. The first volunteer killed defending Robert E. Lee’s position in battle was really a German assassin.

After fleeing to the United States to escape prosecution for murder, the assassin enlisted in a German company of the Pennsylvania Volunteers in the Mexican-American War and died defending Lee’s battery at the Siege of Veracruz in 1847.

Lee wrote a letter home, praising this unnamed fallen volunteer defender. Military records identify him, but none of the Americans knew about his past life of crime.

Before fighting with the Americans, Lee’s defender had assassinated Johann Heinrich Rieber, mayor of Bönnigheim, Germany, in 1835. Thirty-seven years later, another suspect in the assassination who had also fled to America found evidence in Washington, DC, that would clear his own name, and he forwarded it to Germany.

Relying primarily on German sources, Death of an Assassin tracks the never-before-told story of this German company of Pennsylvania volunteers. It follows both Lee’s and the assassin’s lives until their dramatic encounter in Veracruz and picks up again with the surprising case resolution decades later.

“An entertaining look at very human characters in a world on the edge of radical change.” (New York Journal of Books)

What listeners say about Death of an Assassin