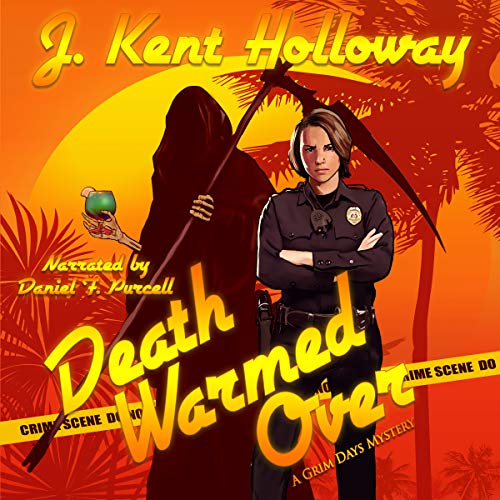 By: Kent Holloway
Narrated by: Daniel F Purcell
Try for $0.00

Becca Cole is a big fish in a small pond. The former big-city homicide detective is now the chief of police in Summer Haven, a sleepy Florida beach town where nothing ever happens. But all that changes when she is summoned to the scene of a grisly murder. A naked young woman lies dead on the beach, a knife sticking out of her back, and the supposed killer stands over the body. It looks like an open-and-shut case, but not all is as it seems.

The victim, who was tangled up in Santeria and drug-trafficking, didn't die from a stab wound. In fact, an autopsy can't determine what killed her. The chief suspect turns out to be Silas Mot, an enigma in his own right. In fact, as Becca digs deeper into Silas's identity, she discovers the startling truth. He's the Grim Reaper. The personification of Death. The guy who decides who dies and when. It seems he's in town in order to determine why unsanctioned deaths have been occurring in and around Summer Haven, and he can't leave until he's cracked the case.

Becca and Silas will have to team up to discover who killed the young woman if they are to put a stop to the unscheduled departures, but for Silas, confined to a body of flesh and blood for the first time in his existence, the distractions of the world of the living may be the Death of him!

What listeners say about Death Warmed Over

What a fun story. I enjoyed every minute of it. The performance was spectacular the way every single character had a distinct voice and, during the narration, the voice is velvety smooth. I put this on while cleaning my kitchen and got so engrossed in it that my chore was done in no time. This one is definitely worth a listen. The premise is amusing and the characters are witty. I am going to look for more of these books.

This was a wasted credit. I tried to listen to it and found the characters flat and the story uninteresting.