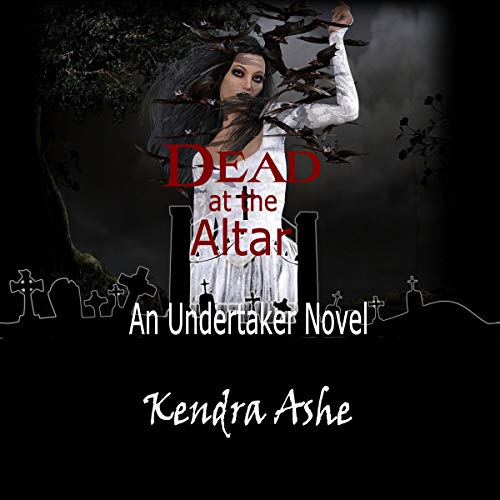 Dead at the Altar: An Undertaker Mystery

By: Kendra Ashe
Narrated by: Robin Assouad
Try for $0.00

Will it be wedding bells or funeral bells?

Trouble is brewing in Eastwood. Jazz can’t help but wonder if the bride that haunts Bridal Falls might be behind the strange deaths of two men, both of which were about to walk down the aisle. When Lyndy is left standing at the altar, and her groom is nowhere to be found, the disappearing groom drama gets personal.

And then things take a really bad turn. Brock is falsely accused of murder, but the police don’t stop there. Now they think Lyndy might have killed her husband to be. Sir Edward is acting very strange. He stays in his room for hours on end. Lucy is sure her brother is up to no good. Jazz just hopes it’s something harmless and not another game show addiction. Oh, and then there’s the stalker.

Someone has been leaving flowers at Jazz’s front door, but is her secret admirer among the living or one, of the dearly departed?

It’s all just another day in the life of a reaper.

What listeners say about Dead at the Altar: An Undertaker Mystery