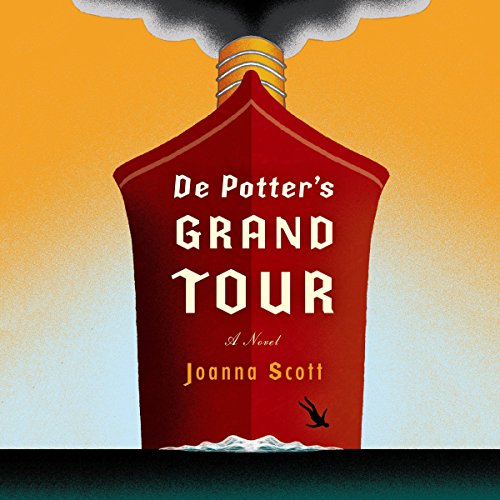 A gripping novel about a seemingly charmed marriage and a mysterious disappearance at sea.

In 1905 a tourist agent and amateur antiques collector named Armand de Potter mysteriously disappears off the coast of Greece. His body is never recovered, and his wife is left to manage his affairs on her own. But as she starts to piece together his life, she realizes that everything was not as he had said.

Infused with details from letters and diary entries, the narrative twists forward and backward through time, revealing a lost world of fake identities, underground antiques networks, and a husband who wasn't what he seemed. Originally from Belgium, young Armand de Potter went to New York without a penny in his pocket. With cunning ambition, he quickly made a name for himself as both a worldwide travel guide and a trusted--if illegal--antiques dealer. After marrying he moved the family to a luxurious villa in Cannes and embraced an aristocratic life. But as he grew increasingly entangled in the antiques trade, and his touring business began to falter, Armand's control started to fray. As the world closed in, he believed he had only one option left.

Told with masterful narrative agility, De Potter's Grand Tour is a tale as grand as the tour guide at its center. Drawing on real letters, legal documents, and a trove of diaries only recently discovered, Joanna Scott points delicately toward the story's historical basis and unfolds a detective tale of the highest order.