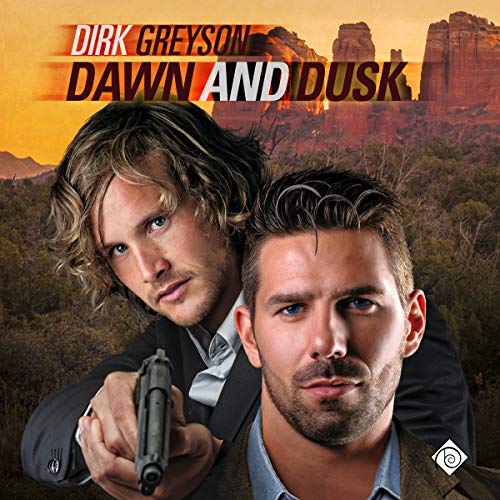 By: Dirk Greyson
Narrated by: Andrew McFerrin
Try for $0.00

Sequel to Sun and Shadow

For Scorpion agents Day and Knight, their relationship is slow to develop, and trust is hard to build. Then Day’s brother, Stephen, goes missing, and Day finds out more about him than he ever dreamed. Day’s first reaction to Stephen’s disappearance is to try to get to him as fast as possible.

Knight initially holds him back so they can attempt to find out what they’re walking into. But when Knight sees Day’s desperation, he steps in to help and tries to calm the man he’s growing to care about, even though the trail is cold and clues are scarce.

When Day witnesses his brother being shot live on television, he loses the last of his control. Despite the lack of answers, Day is more determined than ever to find out what happened. Stephen was all the family he had left.

Bone-deep fear and adversity threaten to tear Day and Knight apart, but facing unimaginable hardship together might finally cement the bond between them.

What listeners say about Dawn and Dusk

Day and Knight are still having issues with their relationship. Knight is still having a hard time letting go of is past and day doesn't want to hide or just be a bedwarmer when they are on missions.Day puts his argument on hold when he finds his brother may be missing and decides to go looking for him. Things take a big twist when they find out that things are not what they seemed at all and Knight and day find themselves in danger once again.
I absolutely love this series. To me it is like a gay Miami vice. I love both characters and there was some cool and also evil ones in this book. I think this one was my favorite in the series so far ( i think i say that each book LOL) I also loved Stephen and hope he too gets is own books.
The story line is extremely fast paced, page-turning, nail biting and twisty. You wont want to stop once you start. the sex is hot too!
Andrew McFerrin does a great job with action adventure books. He is great at the pacing and the characters are distinguishable. though I haven't read the books I thin the narration probably adds a lot and I recommend it.