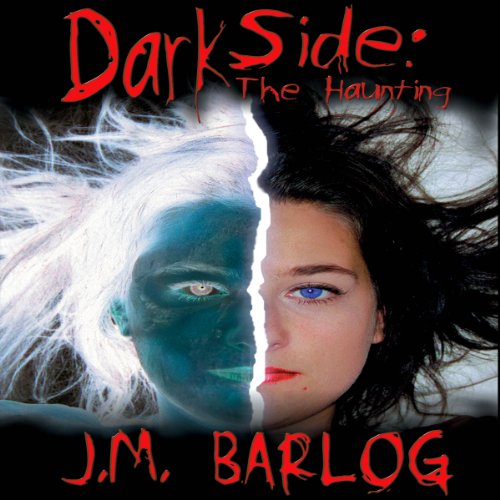 Do you believe in miracles?

Jenny Garrett does. Because only a miracle could have brought her through after a terrible car crash.

Do you believe in ghosts?

Jenny didn't either, until a tenacious and talented surgeon made Jenny almost as good as new. Almost.

Accidents happen - sometimes. But sometimes accidents are planned. Somebody wanted Jenny Garrett dead, and now Detective Rick Walker has to find out who and why. But Jenny can't help with the investigation. Jenny's memory of the accident, and the weeks preceding it, are gone. Yet somehow Rick has to get to the truth before the killer tries again.

But the real horror in Jenny's life transcends far beyond the stalking of an earthly killer. Jenny is being terrorized by a Doppelganger - a ghostly image of herself.

Dwight Mackenzie believes in ghosts. So much so, that he is willing to help Jenny uncover the truth behind her torment.

But the real truth is: there is only one way to escape the vicious torment of a Doppelganger.

What listeners say about Dark Side

A solid story that's almost ruined by the narrator

Let me start with the disclaimer that this is not my usual genre and I listened to this largely on account of being thoroughly impressed with Mr Barlog's work on the most recent God of War novelization.

That said, herein we have a very well written omniscient POV story with several mysteries and plot threads to keep you occupied.

Now, concerning the narrator.
I wish I could say Amber Wallace did a stellar job. I really do. Unfortunately, this is the main area where this book falls flat.

In fairness, she has a fair vocal range with a good number of unique voices. Even her male voices are, if not quite believable, at least well crafted.

But there are two major areas where she leaves much to be desired. First and foremost (the issue that almost ruined the experience for me) is that her vocal inflections are WAY off point. A good portion of the book it sounds like she's reading to children, with the unnatural excitement one uses to get young readers interested. And the rest of it she completely misses the mark on what vocal resonances are being described in the text.

And secondly, quite a few of her pronunciations are incorrect, at least for American English.

Now, for the story, which my honest rating is about 4.75 stars.
We open with a very confusing scene that quickly turns dark and I couldn't help but be drawn into it.

Following this, we spend some time getting to know Jenny, the main character, before more crazyness ensues. For her part, Jenny is an interesting character and I love the way her amnesia is played out. I'm not normally a fan of amnesiac characters as it so often feels contrived and gimmicky, but you'll find none of that here. It comes across very naturally and serves only to heighten the suspense of the story.

There are quite a few side characters and side plots. At times it feels a little excessive, but the author expertly ties things together to make all of it relevant.

The author does use a slightly old fashioned prose style, and omniscient is not my favorite point of view style. Like many who use it, the bouncing between characters within a scene does get a little jarring at times.

And finally, the ending. I'm sure the twist was meant to be a huge WTF moment, but honestly I saw it coming from the first time the character was introduced.

My foresight did not, however, diminish my enjoyment of the story. Whether you pick this up for the mundane mystery/Suspense/thriller element or if you're in it for the paranormal aspect, there's plenty here to keep you entertained and engaged.

I received this review audio book upon my request and I am voluntarily leaving an honest review. Do not waste your money.