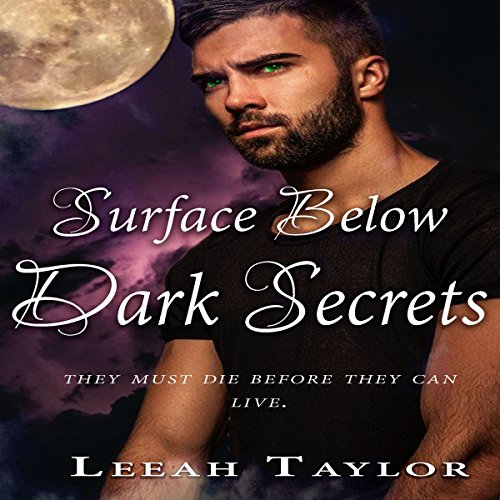 What happens when everything you thought you knew was a lie?

That's exactly what William must face when he meets Becca one night in a local bar. Sure that he knows her, William digs deeper for information by returning to the Bottom. His curiosity, though, reveals 20 years of lies, secrets and betrayal, all at the hands of his parents.

William is thrust back into the world of vampires, conjurers and wolves when Becca is taken by an old enemy. And as a family is reunited and truths revealed, William is faced with a legacy that will change everything he thought he knew about himself, his father and the world he came from.

All that matters, though, is his growing affection for Becca. A bond forged at birth and reignited as they discover who they are and what they are meant for. And as they do, they will awaken the heir and heiress within them. Setting into motion their legacy to once again rule the Bottom World.

But first, they must die before they can live.

What listeners say about Dark Secrets

I got this book via audiobook boom. The secrets in this story were indeed dark and deep. Two sets of triplets born to be the new rulers of the Bottom. a place where the Others went to after existing alongside humans was no longer viable. Then Victor the villain and his son get into a power play as to who is stronger. While the triplets find out after they are in their early twenties that their parents have lied to them since they were six or seven years old. The narration was very well done except when the narrator said humans. It was said as if there was no h at the beginning of the word. This was consistent throughout the book. Big giant cliffhanger at the end so be prepared. although this was almost 7 hours of listening there is no conclusion. You will have to wait on book 2 to get that.

This book was given to me for an honest review.
The story is complex with a lot of characters so the first half was confusing but once the secret was revealed, everything fell into place and it rocked. There was magic and blood and parents and new love and sex and enemies and pain and fear and relief and it all ended in a cliffhanger (darn it).
Deserves a two thumbs up!

This audiobook was given to me for free at my request and I provided this voluntary review.
When William and Becca meet they unravel 20 year old secrets. Secrets that protect them and their families until the rightful Heir and Heiress awaken. This book is perfect for all paranormal lovers, I give it 4 stars. Loved the backstory, gave the book more depth. Made the story more understandable. I am impatiently waiting for the next book. I recommend this to all, especially those who like books with things that go bump in the night.

This is another great story by Leeah Taylor who is fast becoming one of my favorite authors! The characters are well developed and relatable, the story world is complex and the flow of the writing/reading is smooth and doesn't detract from the plot. I felt the narrator did a good job and again, didn't detract from the story. I highly recommend this book if you're into vampires.

I received this book free and I am voluntarily doing a review. I loved the storyline and how the author brought these two mates together. Audible is amazing and the narrator brought the whole story to life.

This was overall a great story. The only thing that put me off was how Becca was portrayed as such a weak character.

While this may not seem relevant I still wanted to say that I much preferred the first picture to this newest one (the old one being the one still on Goodreads) it gave it so much more mystery which is why I chose the book to review, but the new picture (the one on Audible) while nice just doesn't intrigue me as much as the other one. Very sensual book that anyone who enjoys the supernatural romances would enjoy this book. Lots of interesting little details an inner monologues, Narrator did a good job reading this book even though it was from a male's point of view. She did a good job on the voices of the characters. I enjoyed listening to this book, I have kidney stones so I have been laid up and not able to move much so been delayed getting some reviews out on books I listened to. I received a free review copy of this book and am voluntarily leaving am honest review.

Loved it from the beginning to the end, audio was well delivered and easy to listen to.

This book was very good. I loved the plot and the characters. It's a very intriguing listen. I can't wait to see what's next for this series.

The twist and turns in this book is crazy but in a good way. The family drama was ridiculous but i can't wait to hear what happens in book 2. Great book all in all.