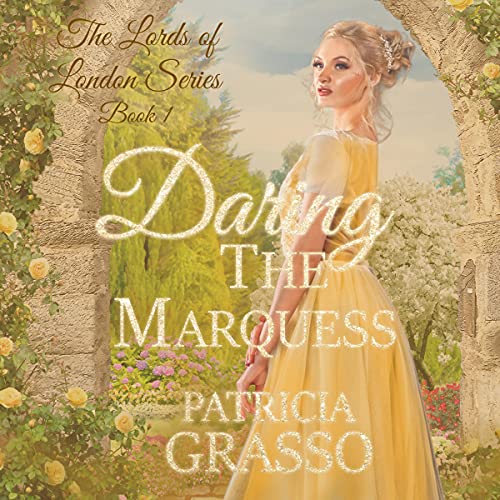 By: Patricia Grasso
Narrated by: Rebecca McKernan
Try for $0.00

Angelica Douglas has no idea that she’s the Countess of Melrose. What she does know is that she needs to support her family as a card shark, while finding a way to seek revenge on the men who ruined her father and sent her family spiraling down into poverty.

Robert Campbell, Marquess of Argyll, heir to the Duke of Inverary, has no idea who Angelica truly is. He just wants to watch over her and make her his mistress.

Angelica thinks Robert is simply a dashing rogue who is far too dangerous for her peace of mind. Robert thinks Angelica is an angel except when she’s being a pain in the behind.

What listeners say about Daring the Marques