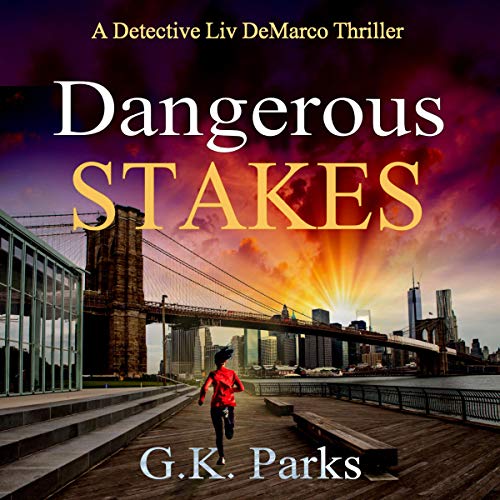 Has this feisty female detective met her match?

After three months undercover, Detective Liv DeMarco isn't any closer to closing her case. Her target, Axel Kincaid, is smart and ruthless. His forte - stealing cars. His temperament- violent. And his legitimate business keeps half the judges and city officials entertained, so collecting enough evidence to put him behind bars is nearly impossible.

But when a parking attendant is murdered and two exotic sports cars are stolen, all bets are off. There's just one problem. Axel claims to have an airtight alibi, but there are more than a few holes in his story.

The only thing Liv knows for sure is someone is determined to get away with murder, and now the killer has set his sights on her.

Will she stop the murderous thief before he strikes again? Or will she become his next victim?

What listeners say about Dangerous Stakes

This was a pretty good story. I enjoyed the characters and the plot moved along. The narrator’s voice for the male characters was NOT good. The husky sound made me giggle and was very distracting from the story line.