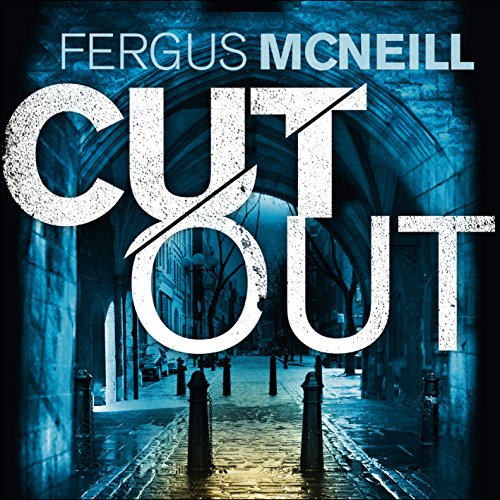 By: Fergus McNeill
Narrated by: Mike Rogers
Free with a 30-day trial

Longlisted for the Crimefest Edunnit Award 2015.

A chilling police procedural for fans of Peter James and Peter Robinson.

Nigel never meant for it to happen. At first he just wanted to be Matt's friend. But when he discovers he can hear what is going on in the flat below him, his fascination with his new neighbour drifts into obsession.

Rearranging his furniture to recreate the layout of the rooms downstairs. Buying the same clothes. Going through Matt's post, his things. Becoming Matt without him ever knowing. And it would have been all right if Matt hadn't brought the girl home.

When things spiral out of control, Detective Inspector Harland has to unravel the disturbing truth. But there's far more to the case than meets the eye....

What listeners say about Cut Out

I like this audio. It has interesting characters, a sensible plot and no soggy boggy plot traps or manic racing about. I hope the author has more books.

I have read all three books in this series and they are all fascinating. If you are a fan of British mysteries these books are for you. The stories are so original. I truly enjoy the device of showing us the events through the eyes of the criminal. The characters are so real and stay with you. I can't wait for the next installment.

Where does Cut Out rank among all the audiobooks you’ve listened to so far?

First couple of chapters...snoozefest but it gets better, much better. Thoroughly enjoyed this book

First couple of chapters...snoozefest but it gets better, much better. Thoroughly enjoyed this book