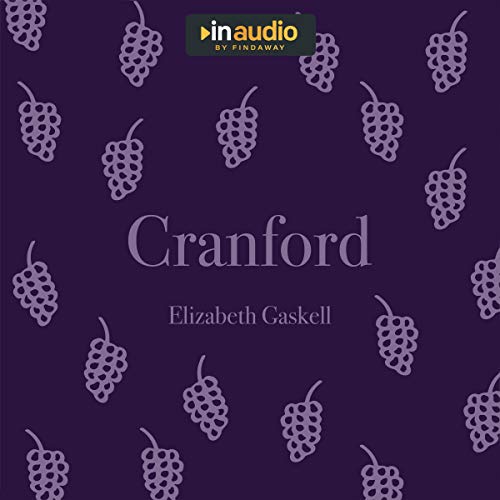 By: Elizabeth Gaskell
Narrated by: Mandy Gasson
Try for $0.00

“I'll not listen to reason.... Reason always means what someone else has got to say.”

Enjoy the saga of a small town’s idiosyncrasies and values in Cranford, a novel by Elizabeth Gaskell, author of North and South.

In a small town called Cranford, everyone knows everyone’s business. As families and individuals live their lives in the small Victorian town, they are challenged to change and adapt to new social customs instead of ascribing to out-of-date customs and ideals. This novel is presented in vignettes and short sketches that show the humorous bits of living in Cranford, rather than having a particular plot. Main characters include: Mary Smith as the narrator; the Jenkyns family, who, with their friends, represent “the old ways” of Cranford; and the impoverished Brown family, whose arrival in the town is the precipitating action for many of the social changes early in the novel.

Cranford, like many other novels of the day, was written as a series of magazine articles, and the divisions between the segments make the narrative more understandable. The book is often cited as being “structureless”, with the main structure being the individual vignettes that follow a particular few characters and events at a time. The novel reached popularity after Gaskell’s passing and has been adapted for film and television several times.

What listeners say about Cranford

I have watched this as a series, read the book and now listened to it as an audible book. Each experience had its' richness.