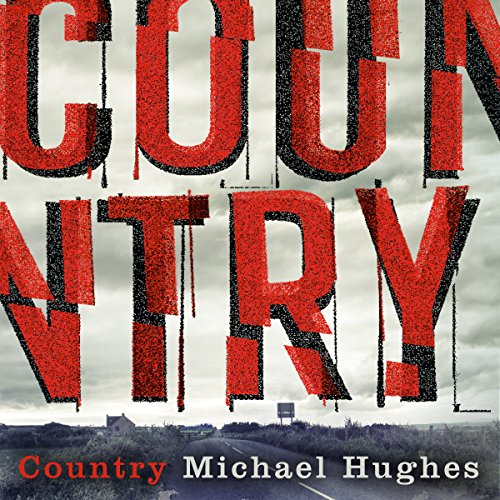 A vivid and brutal reimagining of Homer's Iliad, set in the Troubles of the late 20th century.

That was the start of it. A terrible business altogether. Oh, it was all kept off the news, for the sake of the talks and the ceasefire. But them that were around that part of the country remember every bit.

Wait now till you hear the rest.

After 25 years of conflict, the IRA and the British have agreed to an uneasy ceasefire, as a first step towards lasting peace. But if decades of savage violence are leading only to smiles and handshakes, those on the ground in the border country will start to question what exactly they have been fighting for.

When an IRA man's wife turns informer, he and his brother gather their old comrades for an assault on the local army base. But the squad's feared sniper suddenly refuses to fight, and the SAS are sent in to crush this rogue terror cell before it can wreck the fragile truce and drag the whole region back to the darkest days of the Troubles.

Inspired by the oldest war story of them all, this powerful new Irish novel explores the brutal glory of armed conflict and the bitter tragedy of those on both sides who offer their lives to defend the honour of their country.

The author freely admits to removing himself as much as possible from the war, the so-called "Troubles", when he lived in the north of Ireland--of being a Green Party member in school versus Sinn Féin--of being an anglophile during a time of extreme oppression by the English government against his fellow Irish Catholics in the illegally occupied 6 counties, & then moving to London (posh Oxford) & then to a posh France theatre school.
However, he brazenly takes the time to write a book pretending to know how volunteers in the Irish Republican Army behaved. "Country" sickeningly capitalizes on their struggles, pain, & death by an author intentionally removed from their real stories. However, the book is praised by those with a vested interest in vilifying the brave Irish people who fought for freedom during a deadly, oppressive, terroristic regime by the British military.
After spending years listening to Irish Republicans when I lived in Ireland during the 1990s, I can assure you that Michael Hughes is woefully ignorant & arrogant with his character portrayal. So bad that I luckily got a refund on the Kindle edition I naively bought.
The author should simply stick with bit parts as a sporadic part-time actor in theatre & TV.

A powerful tale of the last days of The Troubles, very well written and beautifully read by the author.

Only wish it was longer and included the invasion

Very good story based on the classic. Gives an authentic Irish feel with the language used. "let me tell you something now" only wish it was longer and included the whole story. Of when they invaded and how it would fit in to the story. I thought that achil would of got shot in his achilles at least.

I listened to this book rather than reading a paper copy, because I wanted to hear it in Michael’s voice. I’m glad I did. It was impactful and heartfelt.
The use of the Iliad to frame the story is pure genius. It kept the structure of the novel tight and contained it to a limited number of characters connected to wider groups of people. It definitely made me think about Northern Ireland and reflect on incidents that had been reported in the media - I realised that there was far more to those stories than what had been fed to the public.
I look forward to reading (or listening to) Michael’s next book.