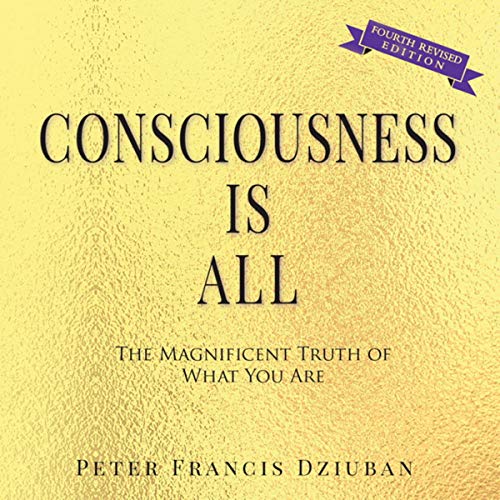 "Consciousness Is All is insightful and breathtaking.... If you are ready to take an advanced step, it is a must-read.” (Rhonda Byrne, author of The Secret and The Greatest Secret)

Consciousness Is All is an audiobook on infinite reality. It shows clearly why consciousness itself - also known as the one self, I am, love, life, the Divine, God, and other terms - is the very one being conscious right here, now. Consciousness is absolutely all there is of all there is. Simply nothing exists outside of, or beyond, consciousness.

As consciousness is all or one, it thus is not a higher self, but the only self. Listen to this book as if it were consciousness, the one self, talking to itself. This is the only "viewpoint" that is valid and actually operating because, truly, the self is the only one being conscious here, now, so this can be heard!

Stop and think how marvelous it would be if the self, the one, were to talk about itself! What would the one self say? It couldn't speak of a human struggle of becoming the self - It could speak only of already being the self. It wouldn't have to instruct how to get at one with itself because It already is that! All the self could speak of is its own presence - the immediacy of itself to itself. It could state only what it already, presently is - oneness, wholeness, and perfection.

What listeners say about Consciousness Is All

Complete focus on You, Consciousness.

Written and spoken by consciousness. Unrelenting description of what Awareness, You Are.

I bought the book also. It took me a month to complete this audio.

Awfully repetitive. I could not listen to anymore.

Awfully repetitive. I could not listen to anymore.
I wish I had of spent my money on a Richard Dawkins book I had in my wish list:(