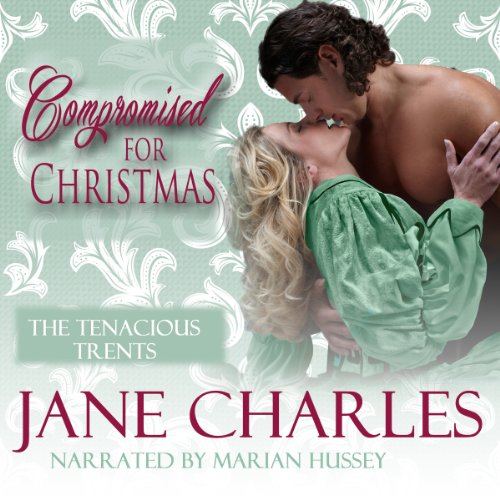 By: Jane Charles
Narrated by: Marian Hussey
Try for $0.00

Lady Elizabeth craved excitement and adventure. Unwilling to endure further boring Seasons, she convinces her uncle, who has lived a more adventurous life than anyone else she knew, to let her work for him. A few years later, Elizabeth was established in Tuileries Castle, a servant in Napoleon's court known as Lisette Renard.

John Phillip Trent has been working in the stables of Tuileries as Jean Pierre Bouvier for the past two years. His only English contact being Lisette Renard, a lovely blond lass, who he desired but kept at a professional arm's length.

When Lisette receives a summons to return home for Christmas, John learns that she is none other than the granddaughter of the Duke of Danby and she had named Jean Pierre as her husband. Their cover is compromised with the same letter and the two find themselves escaping the palace and France, knowing they could very well never see each other again and must face the truth of how they truly feel for the other.

What listeners say about Compromised for Christmas

What was one of the most memorable moments of Compromised for Christmas?

I loved it when John met Elizabeth's grandfather the duke!

What does Marian Hussey bring to the story that you wouldn’t experience if you just read the book?

Great narrator! She breathed life into the characters!

This was a fun story to listen to. International intrigue, a crafty English duke, two very likable characters in Elizabeth and John. I'm hoping to find more of the duke's grandchildren somewhere.

Setting: Paris and Yorkshire, England, 1812
Genre: Romance & adventure
Narration: Marian Hussey does a creditable job of performing this story. Her vocal range isn't all that great, but she does express emotions pretty well.
At just under 2 1/2 hours, this barely qualifies as a novella, which makes for a feeling of incompleteness. Don't get me wrong! The characters are well developed and likable. and there's action to keep you involved. However, because of its length, you don't get a sense of a growing relationship and emotional growth. You're left with questions. How does Elizabeth's uncle react? What happens next with John and Elizabeth? Will they continue as characters in other books of the series, or just disappear?
But... give it a listen. I don't think it was expensive enough to use a credit, but it's worth the time you spend with this adventure despite the lingering questions. Never mind the season - it doesn't have to be Christmas to enjoy it.

I feel like it needed just a tad more to the ending but I'm still happy with it.

I don't usually read novellas but since this was Book 1 of the series, I wanted to start at the beginning. And I've never read this author before; a good way to sample her work.

It was okay. For entertainment value it was quite good - adventure, fear, romance, family (always good for some tension.). The ending was a little quick but it WAS a short story. I look forward to the next book in the series.