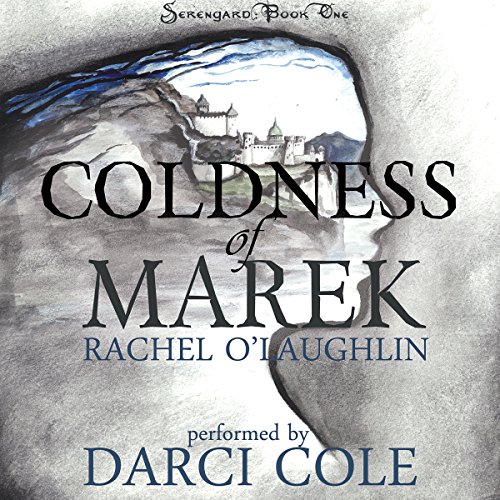 By: Rachel O'Laughlin
Narrated by: Darci Cole
Try for $0.00

Serengard has been under Orion rule for centuries - centuries of insufferable adherence to laws and traditions that its people no longer believe in. Raised by her scholarly grandfather in the fiery southern city of Neroi, Trzl is dedicated to turning the monarchy into a free society where knowledge is king and no one has to be subject to the whims of an Orion. As the rebellion escalates, her choices have an eerie impact on the revolution at large, elevating her to a position of influence she has only dreamed of attaining.

But there are downsides to her new power that entangle her in a dangerous web of emotions, appearances, and alliances. Even as she plays to the attractions of Hodran, a rich nobleman who wants to aid her cause, she is drawn to Mikel, a loyalist farmer who hates the rebellion but just might be winning her heart.

When Trzl realizes she is in too deep and seeks refuge near the chilling Cliffs of Marek, she isn't prepared to meet one of her old rivals and rekindle a political game she thought she'd won, but the dark mess of betrayal and lies they've created propel them both into a dangerous standoff. And this time, the stakes are far too high.

Coldness of Marek is the first in the four-book Serengard series.

What listeners say about Coldness of Marek

The book was ok. It started kind of slow and I zoned out while listening quite a bit. But it picked up and I kind of want to know what happens to the characters, but the next book isn't on Audible.
I really liked the reader, very calm and clear voice. I hope to hear more by her. Actually as I listened I kept wishing that Darci Cole would have been the reader for Matched... I know that's weird, but I've always thought that reader was a bad fit for those books and always try to pair someone new to them and I think Ms. Cole would be it. (I know, I'm off subject)