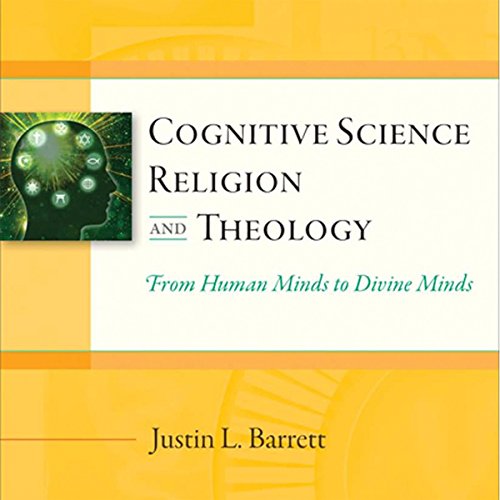 Cognitive Science, Religion, and Theology is the eighth title published in the Templeton Science and Religion Series, in which scientists from a wide range of fields distill their experience and knowledge into brief tours of their respective specialties. In this volume, well-known cognitive scientist Justin L. Barrett offers an accessible overview of this interdisciplinary field, reviews key findings in this area, and discusses the implications of these findings for religious thought and practice.

Cognitive science is the interdisciplinary study of minds and mental activity, and as such, it addresses a fundamental feature of what it is to be human. Further, in so far as religious traditions concern ideas and beliefs about the nature of humans, the nature of the world, and the nature of the divine, cognitive science can contribute both directly and indirectly to these theological concerns. Barrett shows how direct contributions come from the growing area called cognitive science of religion (CSR), which investigates how human cognitive systems inform and constrain religious thought, experience, and expression. CSR attempts to provide answers to questions such as: Why it is that humans tend to be religious? And why are certain ideas (e.g. the possibility of an afterlife) so cross-culturally recurrent? Barrett also covers the indirect implications that cognitive science has for theology, such as human similarities and differences with the animal world, freedom and determinism, and the relationship between minds and bodies.

>Cognitive Science, Religion, and Theology critically reviews the research on these fascinating questions and discusses the many implications that arise from them. In addition, this short volume also offers suggestions for future research, making it ideal not only for those looking for an overview of the field thus far, but also for those seeking a glimpse of where the field might be going in the future.

The book is published by Templeton Press.

"Kudos to Justin Barrett for this informative tour of cutting-edge cognitive science. For anyone who wonders why, and how, people believe, Barrett has cogent answers." (David G. Myers, Hope College)
"Progress is rapidly accelerating in the cognitive science of religion thanks to the pioneering work of Justin Barrett." (Robert A. Emmons, Ph.D., past president of the American Psychological Association's Division of the Psychology of Religion)

What listeners say about Cognitive Science, Religion, and Theology: From Human Minds to Divine Minds

The only audio book on the subject I could find

After listening to “Thinking Fast and Slow” first, I think Barrets book is a good review of the latest cognitive science research but where “Thinking Fast and Slow” doesn’t consider the question of whether God exists or not, Barret seems to use the research to support the argument (as I understand it) that since a belief in a god exists in a mind, it must have been perceived, and since most perceptions are likely to be true, then the perception that a god exists is likely to be true.
For me, this sort of argument works in Dodge ball, but not in investment decisions. In my view he undervalues the aspects of Quality of Information, Risk and Quality of Evidence in order to weakly justify a naturally occurring belief in a God.

Hey ground level explanation for how the mind works through the eyes of cognitive science and how the established platforms might lead to religious site on an intuitive basis through the hyperactive agency detection device implanted in all of us through the process of evolution.

So children were asked "What caused the first flood?" and most popular answer was "someone". So they believe in god. Hahahahahaha. It was a loaded question that already assumes that there is something external which causes things. They should have asked "Do you have an idea HOW the first flood happened?" I think they would honestly say no or give a natural explanation.

But it's true that the idea "someone did it" for natural phenomena might be easily acceptable and that was the beginning of religion. The god of gaps. The author realizes it, but he's running away from the conclusion that religion is therefore man-made. Instead he philosophises that just because the source of the belief is irrational, maybe it happens to be true also. Hahaha.

The author doesn't seem to be a fundamentalist. He accepts evolution created by god.

In the end he "debunks" Atheism by an argument that Atheists trust their reason, but they shouldn't if reason is a product of evolution. But if evolution was created by god then we can trust reason. Hahaha.

This book shows cognitive science doesn't conflict with religion, and makes an argument that the burden of proof about the existence of God is on atheists, not theists. I learned a lot about how beliefs work.