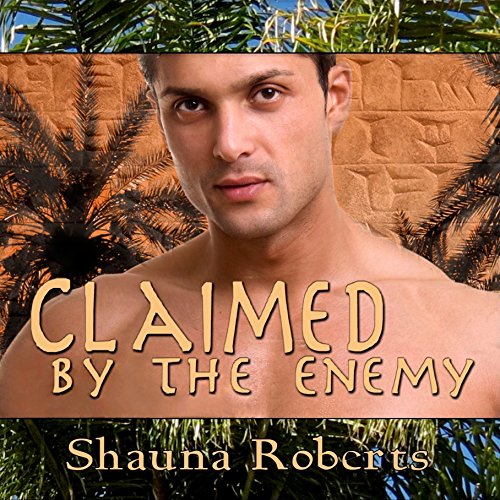 Claimed by the Enemy

Claimed by the Enemy

Crown Princess Nindalla knows the terrifying power of Sargon of Akkad’s army: Ten years ago, it destroyed her home city and killed her parents. Now the nightmare is happening again. The Akkadians conquer her new home, Susa; make her a widow; and strip her of her rank. Nindalla vows to protect her children from her enemies by any means necessary, including marrying whoever can shield them best. With plots swirling around her, can she trust her instincts to tell friends from foes?

Farm boy Ur-sag-enki was forced to become a soldier in the Akkadian army ten years ago after it destroyed his home and left him with nothing. When the Akkadians conquer Susa, he is awarded its governorship. He looks forward to settling down to the normal family life he craves. First, though, he must keep control of Susa despite enemies who exploit his inexperience, and he must gain legitimacy by persuading beautiful former princess Nindalla to marry him. But can he win her heart when it was his hand that struck down her husband?

Great story line, held my interest until the end. Easy to listen to and follow along, perfect format for at the gym or folding laundry. was initially unsure of the genre but ultimately found unfamiliar things described and explained so well I could picture them myself. Definitely a must for the romantic fiction fan!

Unlike the other book by Shauna Roberts that I reviewed, this one is little different. In this story the male MC, who's name I cannot spell just like the female MC, has been infatuated with the female MC since he first saw her as a little boy. Sad part is that she didn't even know he existed until he killed her husband in a battle that takes place outside the pages of this book. Now that she does know about him, she is certainly not in love with him and keeps trying to put off his proposals of marriage for as long as she can.

She is a princess of Sumer. He is the newly appointed governor of the territory that his army has just conquered. He has just delivered her third child, the son of her now deceased husband. How will he ever convince her to marry him. He vows to never give up and wait as long as it takes. In the meantime, he has vowed to watch over her and her children and let no one harm them.

I don't think it is a spoiler to say she eventually falls in love with him and agrees to marry him, since it is afterall a love story. But WOW what she puts him through before she ever gets to that point. You have got to listen to this story. Shauna Roberts does a fine job of weaving a tale of love and betrayal set in era that she know quite a lot about since she has a Phd and has taught courses in ancient Mesopotamia at the college level.

You can't help but care about the two MCs and want for both of them to get exactly what they want.

Hollie Jackson is a wonderful narrator and has a beautiful voice. Her voices for the male characters are as believable as those of the female ones, and they are varied enough that the listener has no trouble telling who is speaking.

If you like a good romance novel that is not too sappy, then Claimed by the Enemy is the right book for you.

I would love to say more but I have no idea how to spell the names of the people and places. This is one of those books where having the ebook or paperback edition would come in handy.

I received this book from the author via Goodread Audiobooks group in exhange for an honest review.

I enjoyed learning more about Mesopotamia BC in this audiobook. The story kept my attention from the very beginning, fairly fast paced. Glad to have listened to it as the names of characters and places would have been challenging to read and pronounce. Shauna Roberts could easily expand on this short book as the time period is very interesting and the characters could have been developed more.

So much more than a romance!

Set in ancient Mesopotamia, King Sargon’s army has been conquering and laying claim to cities in his area for decades. For Princess Nindalla of Susa, this is the second time in her young like that Sargon’s Akkadians have conquered her home. Ur-sag-enki was once a farm boy. But the Akkadians changed all that when they destroyed his home and brought ruin to his family. Now, he is a soldier in the Akkadian army. He believes his destiny is tied to Nindalla’s but plots and violence keep driving them apart.

First, this is an awesome book. Second, I know the cover doesn’t convey all the awesomeness contained in this novel, so just push it to the side. There is indeed a romantic love story twined throughout this tale, but there is ever so much more going on. The world is richly conveyed to the reader in a thousand little ways – a few Sumerian words are sprinkled here and there, the way folks dress, swearing by and praying to the deities of the time, liberal consumption of beer, and love pouring forth from the liver (instead of the heart).

The characters have quite a bit of depth, having a history, but also growing throughout this story. The women are portrayed realistically for the time and culture, but they are not boring or simply decorative pieces moved here and there. Princess Nindalla especially is critical for the plot, not because she is the love interest of Ur-sag-enki, but because she has political power and a brain. I really enjoyed this character. She’s a mother of 3, so no shy blushing maiden here. Also, this ties her to the city, and she has to consider her children in each and every decision she makes for their lives may be greatly affected.

Ur-sag-enki wasn’t your average beau. He is a Sumerian of a conquered land living and working as a soldier in the enemy’s army. He has his reasons (ones that aren’t revealed til the end of the book) but his status brings him many enemies both within the Akkadian army and within the newly conquered Susa. Once, as a farm boy, he saw Nindalla from afar and knew then and there that she was his destiny. While that is a nice romantic touch, it fed into his motivations later one. Personally, I think his character would have made many of the same decisions concerning Nindalla even if he hadn’t fallen in love with her on first sight. But if you are a romantic, that will make you sigh and go all gooey hearted.

The plot was excellent. So much palace intrigue! So much army back stabbing! Both Ur-sag-enki and Nindalla have to navigate these treacherous waters, all the while not knowing if they can trust each other.

And there was beer. Now Mesopotamian beer isn’t like Coors or even a good porter. It was a nutritional part of the daily diet. Everyone (men, women, kids, elderly, pregnant ladies) consumed this beverage. It was great to see that the author didn’t shy away from showing this aspect of Mesopotamian life despite social norms of today concerning alcohol.

OK, so the cover. I’m not so hot on it. I assume the young man on the cover is meant to be Ur-sag-enki. However, he doesn’t have any scars, he doesn’t look like he’s been through hell and back, he’s not tanned or dark skinned as I pictured the character. While the cover is easy on the eyes it just doesn’t convey the awesomness contained in this story. And that is my only quibble about the book.

The Narration: Hollie Jackson was really goo with the voices. Her Princess Nindalla was excellent. She also was great at pronouncing the Sumerian words and the ancient Mesopotamian deities. My only criticism is that several times throughout the book there were do overs of a line or two. If it happens just once or twice in a book, I don’t mention it. However, with this book it happened a 4-6 times. Other than that, her performance was great.

Claimed by the enemy

Action packed historical set in ancient times. Strong story line, intriguing characters and not at all predictable. It was most interesting to picture people living about 3,000 years with the same family problems, emotional conflicts, palace intrigues and desire for love. It is a very interesting audiobook.