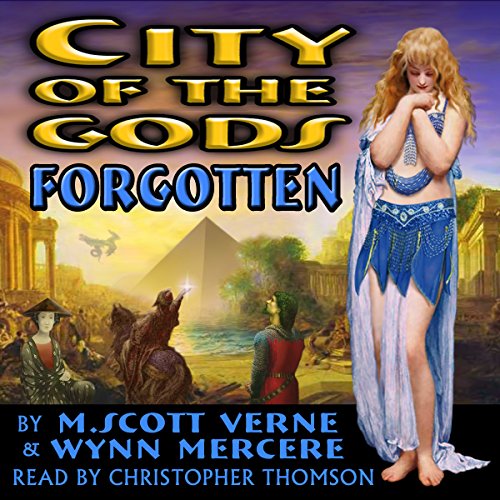 City of the Gods

Where did the Gods go after they left Earth? Some jobs feel like they last for eternity, but in D'Molay's case they actually do. Granted longevity and trapped in a timeless city governed by all the old gods of Earth, D'Molay makes a fateful choice to assist a hapless girl. He slowly discovers she is far more than she even knows and starts to suspect she has some kind of connection to a huge beast ravaging the Olympian realm. D'Molay is torn between his duty to the eternal world and the leading of his heart. His compulsion to protect her pits the wits of a man against the guile of the gods. Who is this girl and what secret of the gods might she reveal?

In theory any of the gods of old could appear in the City. In this novel some of the deities that appear include Greek deities Zeus, Eros, Hera, Zepherus, Ares, Hermes and Glaucus. Egyptian gods: Set, Horus and Sekumet. Babylonian gods: Lamasthu and Namtar. You also meet various Chinese, Norse, Indian, Mayan, and African gods as the story unfolds. They are portrayed very much as they appeared in classical mythology, but each of them have their own personalities and motivations.

This audiobook includes distinct voices for all the characters, and includes sound and audio effects that enhance the journey into this mythical realm of deities from our shared past.

What listeners say about City of the Gods