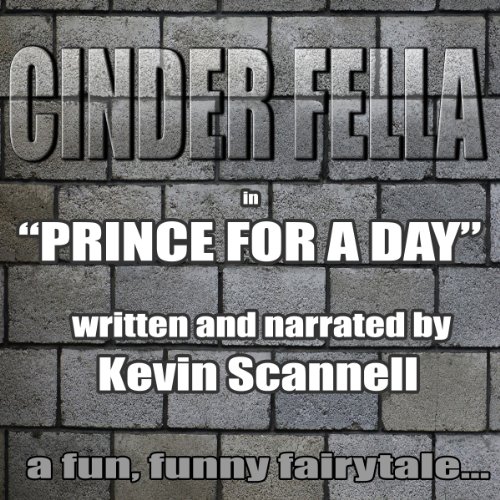 Cinderella meets Les Miserable (that's if Cinderella was a dude, and Jean Valjean was a young woman).

There is great unrest on the island-nation of Fiaba, which just happens to be the Italian word for fairy tale. After successful revolutions in America and France, citizens on the poor side of the island demand change. In an attempt to subdue the revolt, the king offers the princess's hand in marriage to a commoner. It is just a public relations scheme to placate the poor.

Marco Palladio, aka Cinder Fella, is an 18th century slacker who charms his way into winning the competition to marry the princess. However, Marco's true love is actually the head of the revolutionary forces, Francesca Lombrusco. On the big royal wedding night, as the revolutionists march on the castle, Marco must choose the crown or his heart.

Cinder Fella is a fun, farcical fairy tale in chapter book form. Great reading for kids and the parents who love reading with them.

What listeners say about Cinder Fella

What disappointed you about Cinder Fella?

Went against my instincts and ordered a book read by the author. I collect cinderella stories and love alternative takes to the traditional storyline so I gave it a try.

Would you be willing to try another one of Kevin Scannell and Abigail Scannell ’s performances?

Not by Kevin Scannell. He doesn't have the right inflections. The story would have benefited from a skilled reader with an edited interpretation. Abigail was cute and poised but her voice was too young for the character

There is definitely a reason I avoid books read by the author. Unless it is Neil Gaiman it rarely ends well.