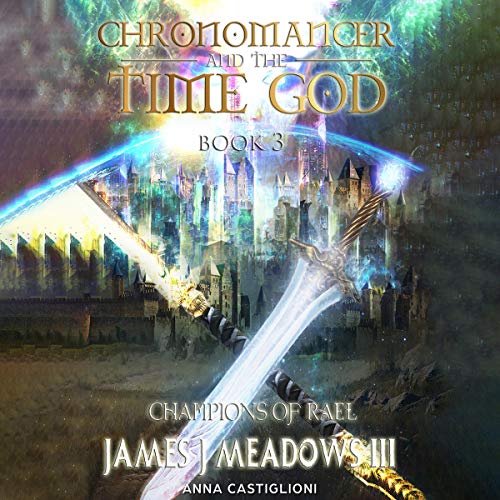 Chronomancer and the Time God, Book 3: The Champions of Rael

By: James Meadows
Narrated by: Anna Castiglioni
Try for $0.00

“Rael will call his champions to him.” So the ancient prophesy goes…

Saved from his near-death, Aleister has acquired the second of the four artifacts needed to prevent Rael’s genocide. Yet, there is no time to rest. King Aldon, the ruler who hired the party, sends them an urgent summons back to his court. At the same time, dire news arrives about a threat against the life of Princess Silveron, Aleister’s love interest.

While Aleister returns to his home kingdom on a mission to save the princess, his companions must return the artifacts to King Aldon without him. But can the party survive the dangers and treachery awaiting their path without the help of the sorcerer they have relied upon for so long?

Meanwhile, inside Mystas, Princess Silveron comes face-to-face with the Cult of Rael. Their ambitious and corrupt leaders seek to seize the throne from her father and take control of the Capitol city. With the corruption extending into her own family, Silveron must find a way to save her country from the clutches of the cult’s evil grasp.

Enemies are everywhere. Allies are dwindling. And an imminent confrontation with the legendary Chronomancer waits in the wings. Can anyone win against the Champions of Rael?

What listeners say about Chronomancer and the Time God, Book 3: The Champions of Rael