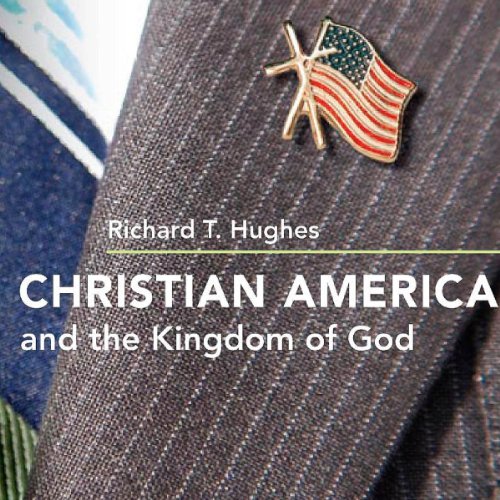 Christian America and the Kingdom of God

The idea of the United States as a Christian nation is a powerful, seductive, and potentially destructive theme in American life, culture, and politics. Many fundamentalist and evangelical leaders routinely promote this notion, and millions of Americans simply assume the Christian character of the United States. And yet, as Richard T. Hughes reveals in this powerful book, the biblical vision of the "kingdom of God" stands at odds with the values and actions of an American empire that sanctions war instead of peace, promotes dominance and oppression instead of reconciliation, and exalts wealth and power instead of justice for the poor and needy.

With conviction and careful consideration, Hughes reviews the myth of Christian America from its earliest history in the founding of the republic to the present day. With extensive analysis of both Christian scripture and American history, Hughes investigates the reasons why so many Americans think of the United States as a Christian nation. Timely and thought-provoking, Christian America and the Kingdom of God illuminates the devastating irony of a "Christian America" that so often behaves in unchristian ways.

"As evangelicals continue to struggle with their identity in the post-George W. Bush era, let us hope that gentler, more reasonable voices like that of Richard Hughes prevail over those that prefer stridency and partisanship." ( Huffington Post)
"An important sign of the times. Its passion, clarity and critical piety make it the kind of book that could build a movement." ( The Christian Century)
"A genuinely thought-provoking read, Christian America and the Kingdom of God makes one wonder if those who wage wars and bloodshed in the name of God do really know the holy canon." ( Chicago Sun-Times)

What listeners say about Christian America and the Kingdom of God

I found the comparison of the Roman Empire and America very insightful. The author did a great job of walking through America history and interpreting its effects on this nation.