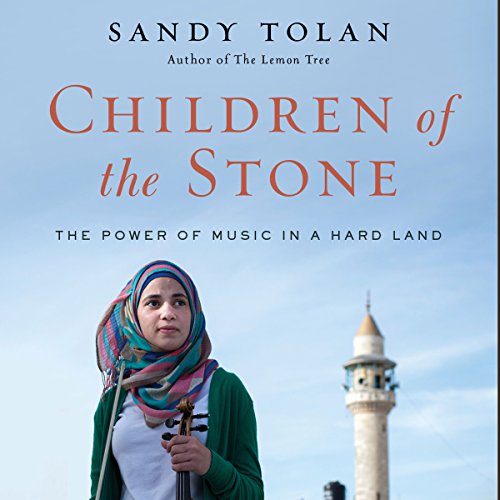 Children of the Stone

Children of the Stone

It is an unlikely story. Ramzi Hussein Aburedwan, a child from a Palestinian refugee camp, confronts an occupying army, gets an education, masters an instrument, dreams of something much bigger than himself, and then, through his charisma and persistence, inspires others to work with him to make that dream real. The dream: a school to transform the lives of thousands of children - as Ramzi's life was transformed - through music. Musicians from all over the world came to help. A violist left the London Symphony Orchestra, in part to work with Ramzi at his new school. Daniel Barenboim, the eminent Israeli conductor, invited Ramzi to join his West Eastern Divan Orchestra, which he founded with the late Palestinian intellectual, Edward Said. Since then the two have played together frequently.

Children of the Stone chronicles Ramzi's journey - from stone thrower to music student to school founder - and shows how through his love of music he created something lasting and beautiful in a land torn by violence and war. This is a story about the power of music, but also about freedom and conflict, determination and vision. It's a vivid portrait of life amid checkpoints and military occupation, a growing movement of nonviolent resistance, the prospects of musical collaboration across the Israeli-Palestinian divide, and the potential of music to help children everywhere see new possibilities for their lives.

This true story about a Palestinian who grew up in a refugee camp and went on to found a music school in the West Bank is a gripping tale by American journalist Sandy Tolan. Woven into the book is the account of the protagonist's playing in Israeli conductor Daniel Barenboim's orchestra of Arab and Israeli players. The book is a fascinating look at the evolution of the Israeli- Palestinian conflict through the astonishing lens of the effort to bring Mozart, Bach and Beethoven to children who would have looked to stones to express themselves.