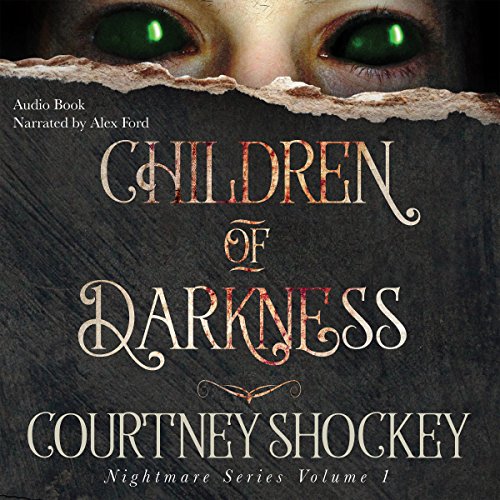 By: Courtney Shockey
Narrated by: Alex Ford
Try for $0.00

Sweat soaks my clothes as I sit up in my bed. My heart pounds in my ears and my eyes dart around the room. Giggles float from all directions of my room, surrounding me. I cover my ears with my hands and squeeze my eyes shut, rocking silently. "Please go away. Leave me alone." The giggles get louder and louder, deafening me to anything else. "Stop it! Please!" I scream and everything stops. Silence is almost as terrifying.

Dr. Janet Birch has been plagued by nightmares her entire life. She worked her way through college so she could help children who suffered from the same fears and give them the tools she never had to move on. Emily Frost is a young girl whose nightmares consume her life. Her parents bring her to Janet in hopes of dispelling her fears and bringing their daughter back from the brink. As Emily finally breaks down and reveals her demons, Janet realizes they have more in common than she thought. Piece by piece, Janet fights for not only her life, but Emily's as well, to overcome their living nightmare.

What listeners say about Children of Darkness