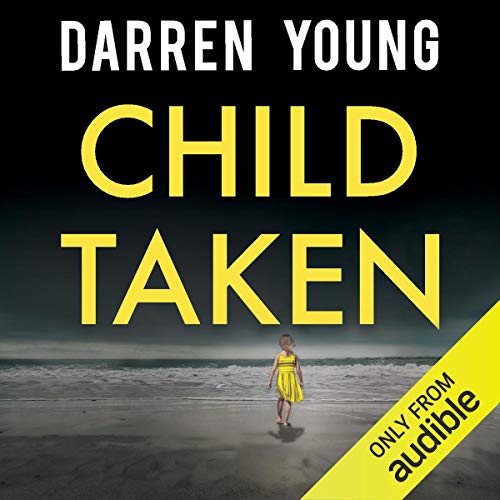 How could such a thing happen? But it did happen. I wasn't one of the others, observing. It happened to me.

One hot summer's day, two-year-old Jessica Preston disappears from the beach. The police are convinced she drowned, but Sandra Preston won't give up hope that her daughter is still alive. How can she?

Twenty years later, another child goes missing, and Sandra is approached by a young journalist who raises questions about what really happened to Jessica Preston all those years ago. But when the journalist discovers someone with an explosive secret, it not only threatens to reveal what's been covered up for so long but puts both their lives in danger.

What listeners say about Child Taken

What a wonderful story. It keeps you engaged and entertained till the whopper of a brilliant ending. Bravo!! Narration was spot on on all three narrator's. Best 11:11 hours I've spent in along while... Enjoy it. I sure did.

The plot was predictable, characters not likable at all, story unrealistic. I struggled to finish this. Narrators are amazing. I recommend finding other, better books by these narrators.

Predictable and far too long

With a bit of judicious editing this book could have been at least three hours shorter and might then have been worth sticking with. The review I read predicted a whopper of an ending, but I'd worked out who the missing child was about halfway into the story. Far too much detail on domestic life (putting on the kettle, etc.) and work life too and the characters were not developed enough for me. A mother dies in a tragic accident and neither her daughter or husband seemed to show too much emotion and the daughter's best friend's solution to any of her friend's problems seemed to be to open another bottle of wine and box of chocolates!. The parts written for the parents and read by the male narrator and the older female one were much more interesting to listen to but the main narrator, although she had to be a younger voice for the younger characters, was far too immature and didn't make enough effort to change accents between the characters of Laura and Dani. Altogether a disappointing listen and I won't be listening to anything else written by this author or read by this narrator.

Such a wonderful, intriguing, beautiful story.

Pulls you in and takes you for a ride! I will admit that I guessed the ending, but I usually do!