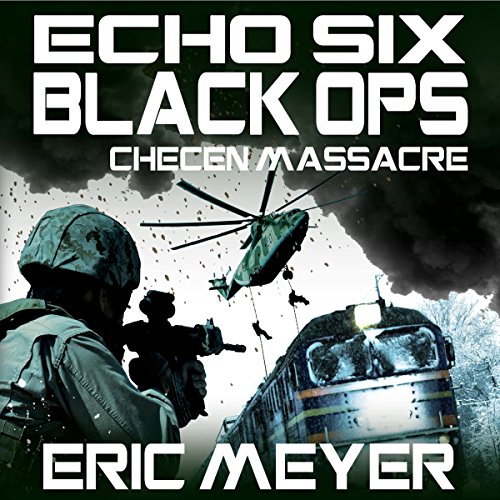 The North Koreans have new allies in their quest to unleash a nuclear fireball on their hated neighbors. And this time, they are about to succeed. Chechen rebels possess the prize the North Koreans desire more than anything else: nuclear warheads.

The deal is done and the weapons are loaded on board a train. But this is no ordinary train. The Trans-Siberian Railway is the longest railroad in the world. Destination Pyongyang. The window of opportunity to stop one of the greatest threats to the world is closing by the minute.

The men of Echo Six are sent to ambush the train and seize the warheads. But the action that follows is violent and bloody, stretching across Siberia and into North Korea itself. A thriller that mixes blazing action with the politics of deceit and betrayal. A story that is full of explosive twists and turns. Echo Six: Black Ops 4 is a worthy, action packed sequel to the three best-selling Echo Six - Black Ops novels.

What listeners say about Chechen Massacre