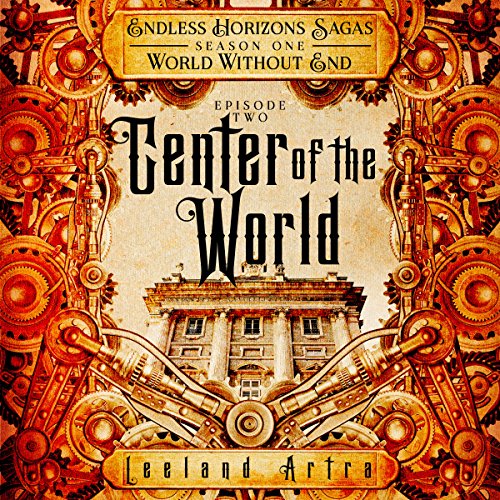 Center of the World

Center of the World

Janali's scientific advances created a ship that survived a storm that would sink any other vessel. On its amazing return to Vental the church arrested the navigator, Lieutenant Metallo, to silence his claims the ship went beyond the edge of the world. Janali refuses to allow someone she was responsible for to be killed for doing nothing wrong. Janali also knows, this is a fight for the right of science to make new discoveries without fear of persecution by the church. She must find a way to defend her navigator, and the facts, against the church's dogma. To win this fight she must go where women are not allowed and breach the walls of the Holy City of Nacitas, the very hub of the world and church.

If you like steampunk with elements of fantasy, speculative science-fiction, and thrilling tales, then you'll love the fantastic serial adventures of the Endless Horizons Sagas, written in true homage to the pulp science-fiction classics. This episode is part of a monthly novella serial that folds together into a larger epic adventure. A new adventure is released monthly.