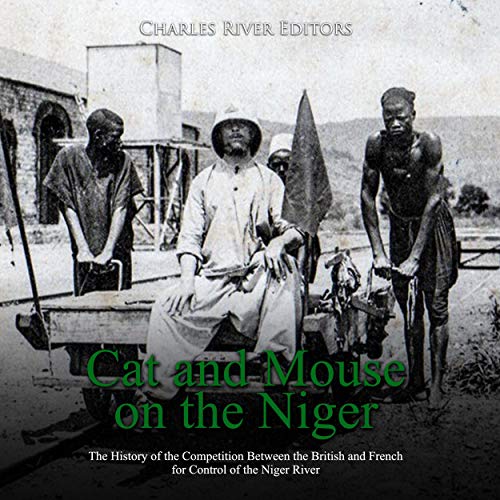 Cat and Mouse on the Niger

"They have soldiers. We only have arguments." (French Foreign Minister Théophile Delcassé)

Near the end of the 19th century, Otto von Bismarck, the German chancellor, brought the plenipotentiaries of all major powers of Europe together to deal with Africa's colonization in such a manner as to avoid provocation of war. This event, known as the Berlin Conference of 1884-1885, galvanized a phenomenon that came to be known as the Scramble for Africa.

The conference established two fundamental rules for European seizure of Africa. The first of these was that no recognition of annexation would be granted without evidence of a practical occupation and the second, that a practical occupation would be deemed unlawful without a formal appeal for protection made on behalf of a territory by its leader - a plea that must be committed to paper in the form of a legal treaty.

This began a rush, spearheaded mainly by European commercial interests in the form of chartered companies, to penetrate the African interior and woo its leadership with guns, trinkets, and alcohol, and having thus obtained their marks or seals upon spurious treaties, begin establishing boundaries of future European African colonies.

The ease with which this was achieved was due to the fact that, at that point, traditional African leadership was disunited, and the people had just staggered back from centuries of concussion inflicted by the slave trade. Thus, to usurp authority, intimidate an already broken society, and play one leader against the other was a diplomatic task so childishly simple, the matter was wrapped up, for the most part, in less than a decade.

Even at that stage, however, the countries would keep jostling for position in Africa against each other, attempting to snap up more land and consolidate it. As such, the scramble kept going at a fevered pitch until the outbreak of World War I.

When they entered the negotiations in Berlin in 1884, the French were established in their flagship African territory of Senegal, situated at the westernmost point of continental Africa, which tended to give them an option over the vast reaches of the western continent so far unclaimed by any territory.

The history of French engagement in Senegal can be traced back to 1677, with the French acquisition of a slave port on the island of Gorée, today a cantonment of the Senegalese capital of Dakar. From there, the French were apt to gaze across the vast expanse of unclaimed territory to their minor enclave of French Somaliland, founded between 1883 and 1887, and which would, in the post-independence era, become the state of Djibouti. The French imperial vision, therefore, became the establishment of French sovereignty over everything in between these two points, including, if possible, Egypt. That obviously clashed with British objectives.

As the British were working to establish a route from Cape Town in South Africa to Cairo in Egypt, the French were seeking to connect Dakar to Djibouti. If lines were drawn on the map to connect those places, the lines would intersect around the Sudanese river port of Kodok, which, during the imperial era, was known as Fashoda.

The sequence of events across Africa would lead to a dramatic confrontation between a French expedition and British soldiers at Fashoda in 1898, and what happened there would help determine the boundaries of colonial Africa for the next several decades.

Cat and Mouse on the Niger: The History of the Competition Between the British and French for Control of the Niger River chronicles the competition between both nations as they sought to make inroads on the African continent.

What listeners say about Cat and Mouse on the Niger