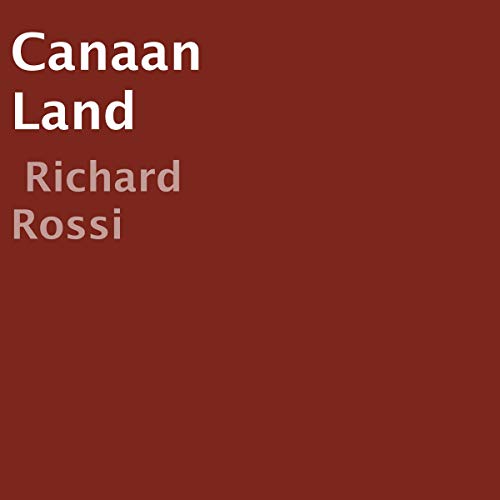 Canaan Land is a love story between Brother Billy Gantry, a charismatic con man, phone psychic, and preacher, who falls for Sister Sara Sunday, a sincere Christian and beautiful evangelist. She seeks to redeem "Brother Billy", who manipulates the flock with fake miracles, including a stunt with gold glitter and feathers he claims are from angels. He turns her small online ministry into a growing Tinseltown racket involving celebrity converts and sermons at the Hollywood Bowl. Can Billy quit the religious show to find true faith and redemption?

Canaan Land is an unapologetic look at modern religion and televangelism based on the writer's personal experiences as a former faith healing evangelist. The novel is also a Hollywood motion picture.

"Canaan Land, tops a list of most-anticipated independent novels and films. Rossi's a former evangelist exorcising his own demons as he shares his journey from fundamentalism to freedom. Everything about Canaan Land is unique. It's faith-based, yet edgy." (Charisma Magazine)

"Richard Rossi is a voice for the poor who have been taken advantage of by those misrepresenting Christ in a culture of greed. He contrasts the love of God with those who teach blessings are bought with donations, which is idolatry." (Pope Francis)

"Canaan Land is not an attack on religion. It exposes the counterfeit to show the search for that which is pure, lovely, true." (Christian Today)

What listeners say about Canaan Land