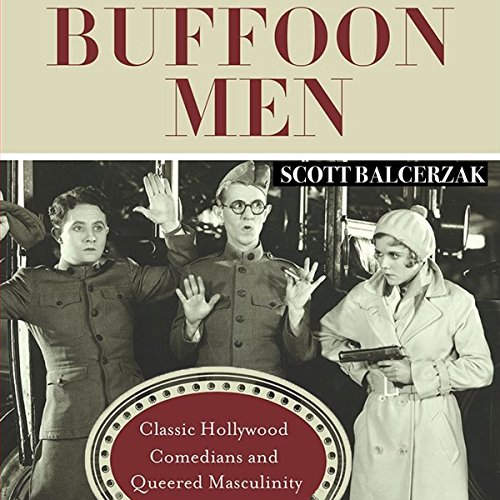 By: Scott Balcerzak
Narrated by: Gary Roelofs
Try for $0.00

Film scholars and fans have used distinctive terms to describe the classic Hollywood comedian: He is a "trickster", a "rebel", or a "buffoon". Yet the performer is almost always described as a "he". In Buffoon Men: Classic Hollywood Comedians and Queered Masculinity, Scott Balcerzak reads the performances of notable comedians such as W. C. Fields, Eddie Cantor, Jack Benny, Stan Laurel and Oliver Hardy, Bert Wheeler and Robert Woolsey, and Bud Abbott and Lou Costello through humor and queer theory to expose a problematic history of maleness in their personas. He argues that contrary to popular notions of classic Hollywood history, these male comedians rearranged or, at times, rejected heteronormative protocols.

Balcerzak begins by defining the particular buffoonish masculinity portrayed by early film comedians, a gender and genre construct influenced by the cultural anxieties of the 1930s and '40s.

Buffoon Men shows that the complicated history of the male comedian during the early sound era has much to tell us about multimedia comedic stars today. Fans and scholars of film history, gender studies, and broadcast studies will appreciate Balcerzak's thorough exploration.