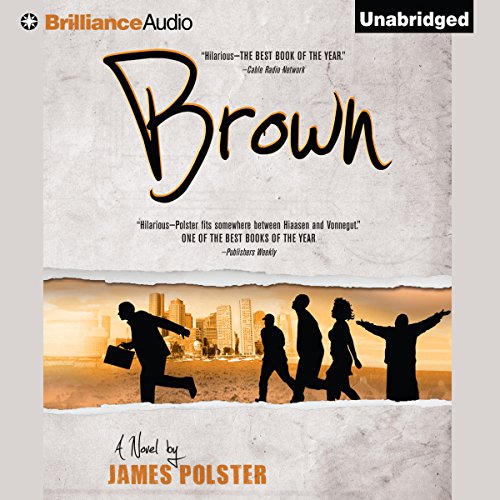 By: James Polster
Narrated by: Brian Holsopple
Try for $0.00

Former Boston sportswriter McGee Brown is traveling cross-country with his fiancée when they call it quits somewhere around Nevada. With no job and no girl, Brown pushes on to California, where a fruitless job hunt lands him on his old buddy Fillmore’s doorstep. Fillmore is an accomplished clinical psychologist (and part-time bartender) whose own sanity is questionable at best. So it is only fitting when Fillmore suggests the solution to Brown’s financial woes is for him to become a psychologist as well - albeit, not a licensed one. “Dr. Brown” agrees. His first patient is a beautiful but unhappy woman who suspects her wealthy financier husband is plotting to kill her. Days later, she’s found dead in a gorilla cage, her daughter goes missing, and Brown is hired to find her. The sportswriter-turned-psychologist turns private detective. With the sardonic, oft-inebriated Fillmore at his side, Brown delves headfirst into what the San Francisco Examiner & Chronicle praised as “a surreal, picaresque romp through the alienating landscape of contemporary culture.”

“It seemed everybody I was dealing with lately turned out to be someone crazy is Brown’s polite way of describing the raving lunatics he meets on his travels. Was this what people meant by ‘California’ ? In Mr. Polster’s surreal landscape of unearthly delights, where Brown’s innocence is his only protection against evil incarnate, that’s exactly what it means.” ( New York Times)
“Careening with Hunter Thompsonesque panache, Polster practices the humorist’s craft with a bold, sure hand that recalls Mark Twain.” ( Kirkus Reviews)

What listeners say about Brown