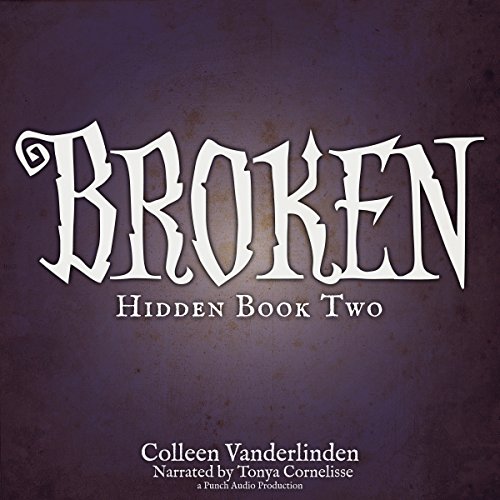 By: Colleen Vanderlinden
Narrated by: Tonya Cornelisse
Try for $0.00

The citizens of Detroit tell tales about the Angel. About how she stalks the streets at night, bringing evil to its knees. They pray her name.

If only they knew the whole story.

Molly Brooks has earned her reputation: an Angel to the humans she's saved, a nightmare to the supernaturals who cross her. She is the last and only line of defense between the innocents in her city and those who hunt them. She is feared. Loved. A legend in the making.

But she's barely hanging on.

She's lost too much, become something she fears. The things she doesn't know about her past threaten to destroy her as she tries to learn how to navigate the new world she's created for herself.

Untangling the mysteries of her powers only reveals new dangers, more deadly than anything she could have imagined. Can she protect those she loves, those who have become her friends and family, from the nightmare of what she is?

And what will it take to truly break her?

What listeners say about Broken

The series really picked up in this book, taking on even more of a supernatural feel, which I enjoyed immensely. The characters, environments and relationships introduced had me hooked throughout and I was glad to have book three in hand.

The narration was much more professional this round with better pronunciation and an enjoyable cast of voices presented.

Mispronunciations abound... it was a little distracting. Good story but a little paint by the numbers. Worth the listen just be prepared to be distracte by the word Hermes and others.

The best kick ass female lead I've read in a while. Not to mention love lust & all the best emotional stuff as well. I loved the first one & I'm looking forward to the 3rd book. Too good!!!!

Listen to this series

I can not express how much I love listening to these books, Tonya brings Colleen’s stories to life and this one is no exception..