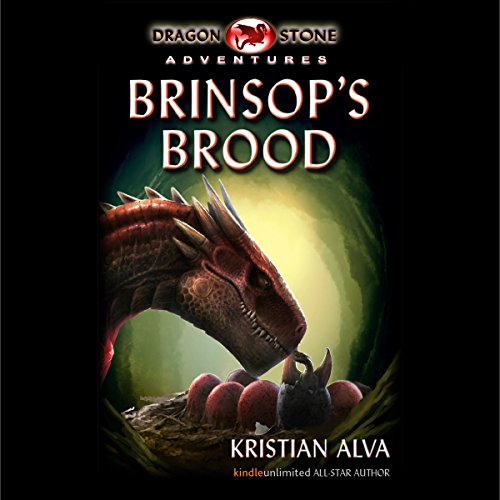 By: Kristian Alva
Narrated by: Saethon Williams
Try for $0.00

Spring brings a renewed sense of hope to the Death Sands...but a new danger threatens the dragons of Durn.

The dragons of Durn, once on the verge of extinction, are now recovering with a new generation of hatchlings. The leader of the dragon riders, Sela Matu, waits anxiously for word from her dragon, Brinsop, who has retreated into the Death Sands to nest.

Weeks pass, and Sela waits anxiously for word. Then one day, she hears the distant voice of her dear friend at last, delivering the happy news; the dragon hatchlings have arrived. Overjoyed, Sela ventures deep into the desert to reunite with Brinsop and meet her new brood of hatchlings.

But a trap has been set. Lurking among the desert tribes is a mysterious stranger whose intentions are uncertain. Sela must hurry to Brinsop's side, or else the hatchlings may be lost forever. Can Sela stop this shadowy outsider before it's too late?

What listeners say about Brinsop's Brood

good story, narration was horrible and detracted from both the story and characters very disappointed