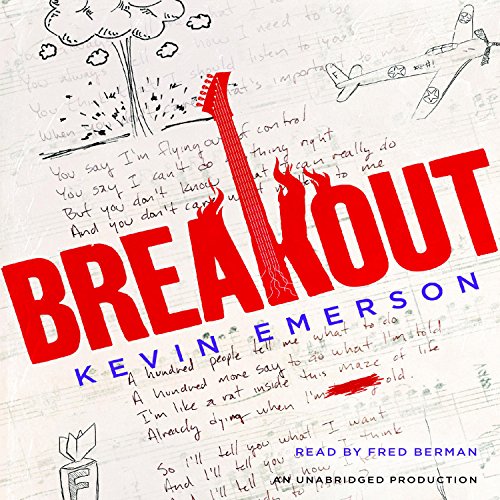 When Anthony's angst-ridden rock 'n' roll lyrics go viral, he's unwittingly cast as the school rebel. The truth is he's not trying to be anyone's hero.

Anthony Castillo needs a new life. His teachers are clueless autocrats except for Mr. Darren, who's in charge of the rock band program. The girls at school are either shallow cutebots or out of his league. And his parents mean well, but they just make things worse. It's as if Anthony is stuck on the bottom level of his favorite video game, Liberation Force 4.5. Except there is no secret escape tunnel and definitely no cheat code.

Fed up, pissed off, and feeling trapped, Anthony writes his first song for his rock band, the Rusty Soles. His only problem: Arts Night. If he exercises his right to free speech and sings his original lyrics--where his own bombs will drop--he and his band will be through.

The clock is ticking. Time for Anthony to pick his battles and decide what’s really worth fighting for.

Loved It! Great story of the frustrations of being too old for some things but still too young for other things. Great coming of age story.