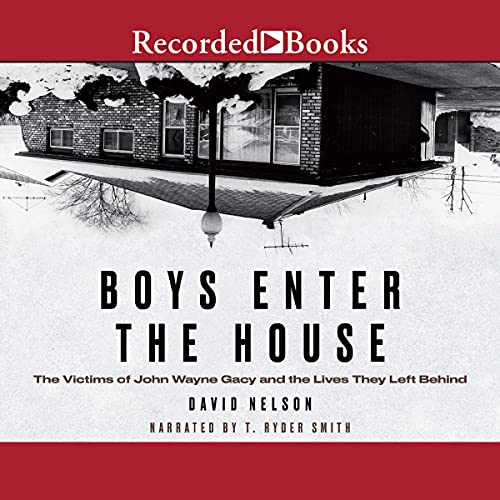 "Here is a work that emphasizes the full view of the lives of those young people that Gacy took.... It is essentially the Gacy story in reverse. Victims first.” (Jeff Coen, author of Murder in Canaryville)

As investigators brought out the bagged remains of several dozen young men from a small Chicago ranch home and paraded them in front of a crowd of TV reporters and spectators, attention quickly turned to the owner of the house. John Gacy was an upstanding citizen, active in local politics and charities, famous for his themed parties and appearances as Pogo the Clown.

But in the winter of 1978-79, he became known as one of many so-called “sex murderers” who had begun gaining notoriety in the random brutality of the 1970s. As public interest grew rapidly, victims became footnotes and statistics, lives lost not just to violence but to history.

Through the testimony of siblings, parents, friends, lovers, and other witnesses close to the case, Boys Enter the House retraces the footsteps of these victims as they make their way to the doorstep of the Gacy house itself.

What listeners say about Boys Enter the House

Not worth your time ..

long and boring..it feels like great intentions that derailed badly..no plot or storyline..save your credit !!