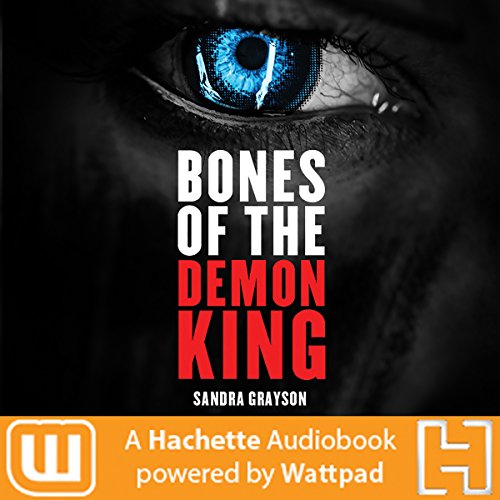 Bones of the Demon King

Bones of the Demon King

Bones of the Demon King is a new release from Hachette Audiobooks: Powered by Wattpad - an innovative collaboration between Hachette Book Group, a leading publisher, and Wattpad, a passionate storytelling community of over 45 million people. Your favorite online stories, now available in your headphones!

There's a murderer on the loose in the sleepy town of Ludwig, Texas. He's known as the Demon King and has warned police that he won't stop until he finds his queen.

Eva Lewis is the reporter that named the Demon King...but is she also his next victim? Detectives Jerry Gonzales and David Smith warn Eva to be careful, but she's determined to make her career a success. When she meets Tom McDaniels, a man who's connected to all of the Demon King's victims, he asks her to do the unthinkable. He wants Eva to use her articles to lure the murderer out of hiding.

Continuing her stories on the Demon King, it doesn't take long before Eva begins receiving messages from the very man she's been writing about. As her life and the lives of her loved ones are threatened, Eva must unravel the clues to dethrone the Demon King before he claims her as his queen.

I had literal chills racing down my arms from the very first word!

If you love twisty thrill rides this book is for you! WOW. I first read it on Wattpad but the audiobook really brings the creep factor to life. The story takes you to the small town of Ludwig, Texas, where a sadistic serial killer, known as the Demon King, is preying on unsuspecting women. A sassy news reporter and a jaded detective (just to name a couple more) help round out this cast of memorable characters. I found myself sucked in from the beginning and was left guessing WhoDoneIt until the very end! WARNING: Do not listen to this in the middle of the night or you WILL have nightmares! I'm looking forward to lots more from author Sandra Grayson.

I first read this book on Wattpad and Sandra Grayson (also known as shehopes on Wattpad) is one of my favorite authors. Her books always keep you guessing and just when you think you've figured everything out she throws another twist at you. This book is horror not for the weak of heart but it's also a mystery and a thriller.

The narrator was incredible and really did the story justice. I loved everything about this and hope they do the other stories in the series.

If you enjoyed this book I highly recommend checking out her dream series on wattpad as well.

Im always on the hunt for a good suspenseful story. THIS STORY WON'T LET YOU DOWN! It has twists and turns. I couldn't just hear one chapter. I look forward to hearing more of her work.

I have read this book on wattpad more then 10 times. An all time favorite.

Eric Vale has made a wonderful job giving Sandra Grayson's story life. The story was compelling and chilling at the same time. Great job everyone :)