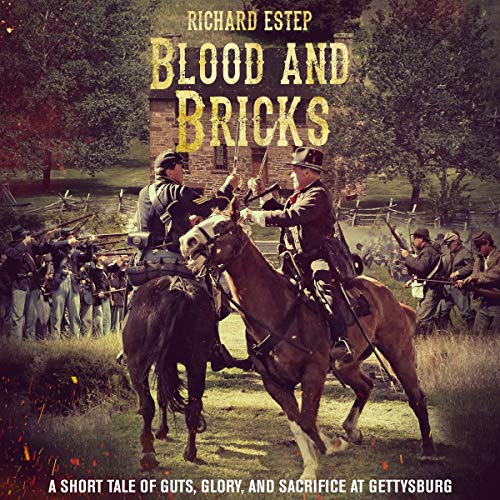 By: Richard Estep
Narrated by: Ed Walters
Try for $0.00

July 1, 1863. Confederate troops smash through the Union lines outside the small town of Gettysburg, setting the stage for two more days of bloody and unrelenting battle. Seeing his northern lines shatter under the onslaught, Union General Oliver Otis Howard knows the Rebels must be stopped or at the very least slowed down...but in order for that to happen, sacrifices will have to be made.

A lone brigade is dispatched on an impossible mission: to stem the gray tide, no matter what the cost in Union blood. What follows will come to be known as the battle of Kuhn's Brickyard. Outnumbered three to one, the men in blue will make a desperate last stand in the face of insurmountable odds, and one man will go down in the annals of American history for his final, tragic act.

What listeners say about Blood and Bricks