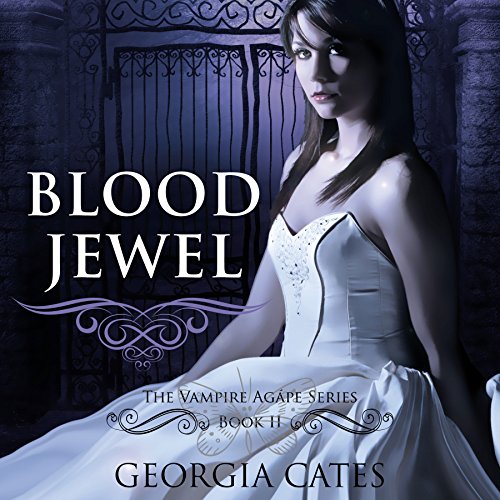 By: Georgia Cates
Narrated by: Tad Branson
Try for $0.00

With the mystery of Chansey Leclaire and Curry Brennan’s connection solved, they are free to explore their newfound love for one another. Or so they thought...

When Marsala uses a witch and black magic to discover Curry’s whereabouts, he and Chansey are left with no choice. The newly engaged couple is forced to relocate away from their families at the new compound in Savannah, which causes some major changes in the plans for their upcoming wedding.

Relocating to Savannah might have saved Curry and Chansey from being discovered by Marsala, but it doesn’t stop her attempts to reach Curry, or her efforts to harm Chansey through the use of black magic. As Marsala closes in, Curry faces the decision he never wanted to make. Will he keep Chansey human or condemn her to eternity as the thing he hates most?

As Curry waits for his hand to be forced, a newly turned vampire arrives at the Savannah compound in need of help. Not only is she a fledgling in transition, she brings reports of escaping from a vampire cult still in possession of her sister, a human. Any attempt to save the captive human from a cult of vampires puts everyone in jeopardy. Can they risk entering a large cult to save one human being? And is so, how could they possibly do it successfully?

Love will grow. New mysteries will arise. A battle will ensue. A Blood Jewel will be found.

What listeners say about Blood Jewel

I love the storyline it’s for an older more mature audience that grew up past the twilight series. That being said the narrator throws me off because instead of picturing a sexy vampire when he speaks I see Perry mason, not even a young sexy Perry Mason either.

This story line is getting better with each book. I am looking forward to the next one.

Especially after the wedding, the main character is so gross. He treats his wife like a piece of meat, misogynistic pig... The narration is full of awkward pauses and inflection that doesn't match the book. It's as if he just read it off without previewing. Especially during dialog, it's hard to listen to. I only finished this out of principle...

I love the main characters. The concept of family and vampires is nuanced and inspiring. A few holes in the side stories. I hope Avery's piece coms into perspective in the next book.

Not a bad listen. Grabbed my attention from beginning and held it to the end.

a bit slow on the take

for the life of me I can understand why they would not have made it a priority to learn how to protect themselves against black magic. there is too many things unsaid as well. story doesn't flow and for vampires, who are suppose to be highly intelligent, sighh they are so lacking. they are not even fledglings. Sebastian is a council member for goodness sake. maybe I expect too much.. but sadly I am left wanting. I am curious however to see what comes next.

I enjoyed the first book of the series and looked forward to this one. Although I was able to predict a few of the plot twists, I was still excited by them and absolutely loved this book. The relationships between the characters are portrayed excellently through the author's writing. I can't wait to listen to the next book!

There is nothing about this book that I disliked . I absolutely loved it!!!! And I can not wait to read the next book in this series. I Love Love Love reading your books Georgia Cates

The narrator was great. The story line was true til the end and the characters are easy to understand.

This is a great series. I enjoy it a lot. Definitely looking for more from this author.