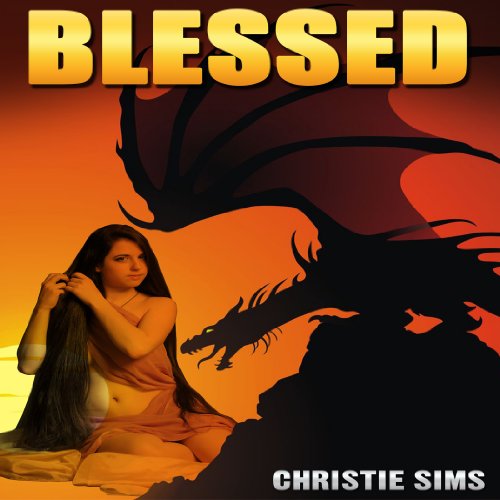 By: Christie Sims,Alara Branwen
Narrated by: Lil Tulip
Try for $0.00

It wasn’t force of arms or superior trading tactics that’d made the Nesi powerful though, it was the position the village’s daughters held with the great beast.

The great beast was a powerful dragon. He chose a mate from the many virgins of the country to bear his offspring. The creature has chosen from the tribe of Nesi. The village the woman who the dragon chooses to mate is from is given great wealth and prestige. Thysia’s village hopes to be that village.

Everyone wants her to get chosen, everyone except her. She’s read the scrolls, and knows what could happen if chosen. If she survives the rough mating, she becomes blessed, and is a gift to both her and her people. However, most women chosen don’t make it. It is this reason that she’s fearful when the beast chooses her as a mate.

Will she survive and become blessed, or will she die like many others before her?

What listeners say about Blessed

The story started as a unique tale and reason for various sexual acts. And then it was downhill from there. First, what I liked. I liked that it wasn't a talking dragon; it seemed more plausible. But communication occurred nonetheless, and the dragon had assistants, including his daughter who was half human.

Now for the rest. I didn't like the use of stereotypical views of what is "preferred" beauty and what the most desirable female looks like in skin and hair hue. But it's a product of our society, so it happens more often than I like. Unfortunately, that detracted significantly from the story for me. The author overused "silken walls," "inner walls," "silken depths" and the like. And every time she said the dragon's name, it sounded funny, which was not good, not sexy, not erotic. After the dragon agreed to Thysia as his offering, she was a very eager participant, unlike other maidens given unwillingly to a dangerous dragon. And that was done in front of her community.
The narrator did a good job, but she, at times, had strange pauses at awkward times in a sentence. And 50 minutes into the story she mispronounced "encounter" and paused briefly and repeated it to fix it. Ugh! That couldn't have been edited out?! Really?
This tale took such an extreme direction that, with the very obvious narration error, and the extremeness of the tale, I was very, very done and just wanted it over.