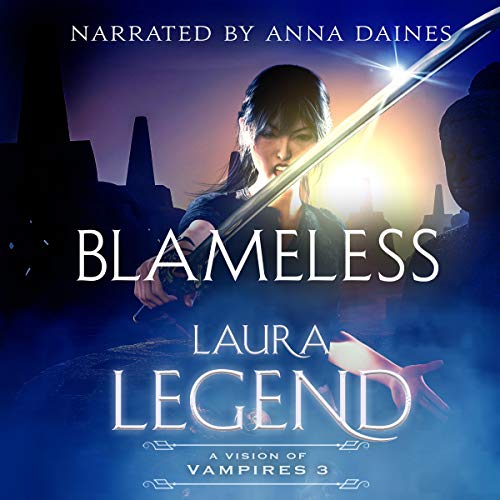 By: Laura Legend
Narrated by: Anna Daines
Try for $0.00

Cassandra Jones doesn't know whom to trust. Maybe that's because people keep on turning out to be predictably human.

Or predictably vampire, as the case may be.

Maya betrayed her. Richard let her think he was dead. And Miranda had, in the end, left behind not only Cass but the entire Shield organization.

Luckily, Cass can count on Zach. His love centers her, grounding her as she learns to channel her powers as the Seer. But when Richard shows up with information on the Heretic's next move, Cass suddenly finds herself immersed in an Underside battle unlike any she's ever seen.

She knows she will eventually have to face the masked champion in order to prevent the Lost from overrunning the world - facing the unknown is something Cass can handle.

It's facing those she knows that's difficult. They have demons of their own, after all.

What listeners say about Blameless

Story pacing and plot twist kept me gripping the w

This is a book that like 1 and 2 is a great audio experience. The characters come alive as their backstories begin to add meaning and meat to the overall tale.