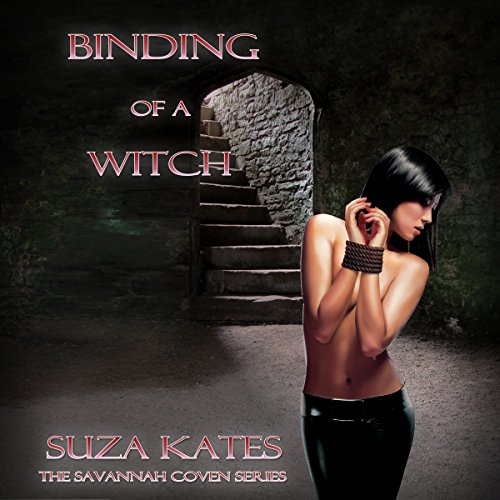 Binding of a Witch

By: Suza Kates
Narrated by: Hollie Jackson
Try for $0.00

As a scientist and a witch, Viv Sakurai understands how crucial it is to solve the riddle she's been given and take the next step toward destiny. She's been called to stand for her coven and battle the Amara for the future of humanity. She can't afford any distractions, and she certainly doesn't need any man getting in her way.

Nick Reagan has been biding his time, waiting for the right moment to approach the brilliant and beautiful woman who so often frequents his downtown pub. The more she attempts to evade him, the more persistent he becomes. But then he always did like a challenge. As Viv's secret life unfolds, Nick realizes he's the least of her worries and that she just might need him more than she ever imagined.

A mystical war is being waged on the streets of Savannah, and the dark side is raising the stakes. Viv and Nick find themselves in the center of chaos as the Amara fight for their demon and a future filled with blood. Viv has a choice to make. Should she find the strength to let Nick in, or will loving him destroy them all?

What listeners say about Binding of a Witch

The series is decent time filler for drives

The series could have used an editor - lots of misused (but close) words and awkward phrasing. Characters are fine, not really developed or flat either. The narrator is fine- could be better, coud have been worse. All in all, everything is ok but can't quite take a step beyond just fine.

Binding of a Witch is the third installment in The Savannah Coven series written by Suza Kate's has written about. Viv is a scientist and is determined to find a way scientifically to explain why she's a witch. She's the type of female who keeps a very well controlled life, void of chaos. Now her life is spinning out of control and her life. In this story Suza Kate's made it more realistic because she took more risks and this is the first book that casualty has happened. Another great story!

The narrator Hollie Jackson has outdone herself once again. This is the third audio in The Savannah Coven stories. She definitely knows the characters extremely well now and it shows. I love how she brings the story to life and it actually feels like you're watching a movie listening to Hollie. She does a great job with these stories, especially distinguishing the accents of each character. Another wonderful story and another fantastic performance. I definitely recommend you give these stories a listen. I received this audio in exchange for an honest review.