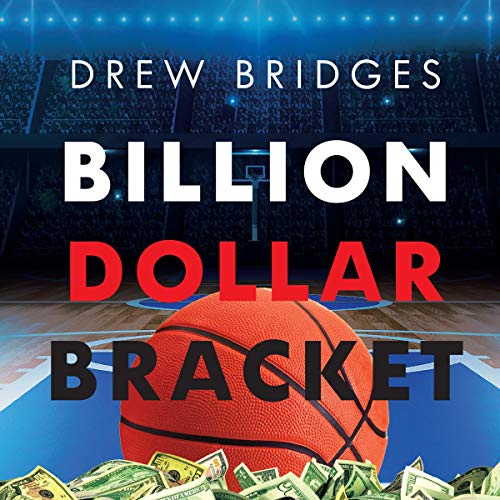 By: Drew Bridges
Narrated by: Chad Loomis
Try for $0.00

During March of each year, 70 million people fill out the National Collegiate Athletic Association basketball tournament bracket, either in national contests or office pools. The goal is to predict all the winners for a tournament of 68 teams. The odds against perfection are astronomical.

A small group of social media marketers, led by mathematician Sinclair Dane, see this annual quest as an under-appreciated opportunity to make money on sports betting. For a $2 entry fee, they offer one billion dollars for anyone who can predict the winners of all the games.

Their financial hopes are initially greatly exceeded as the contest goes global. Entry fees multiply their anticipated profit many times over. But disaster looms when a math professor from a small university has a perfect bracket with just four teams remaining.

The professor has his own troubles. The NCAA opens an investigation into his use of the bracket contest to teach math concepts to a class that includes tournament athletes.

As the "final four" approaches, Sinclair looks at the possibility of having to pay a billion dollars she does not have. The professor and his students may face charges of trying to influence the outcome of games.